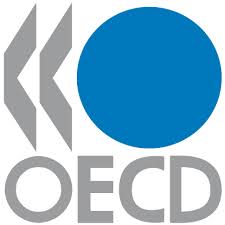 Developed countries have been indicted for failing to comply with international standards against money laundering, tax evasion, and corruption said to account for massive illicit financial flows in developing countries.

A report of a study by the Paris-based Organization for Economic Co-operation and Development, OECD, said some of the world’s richest countries were responsible for most of the losses recorded by developing countries through illicit financial transactions.

The report from the intergovernmental organisation comes barely a week after Global Financial Integrity, GFI, released its annual update on illicit financial outflows from the developing world, which revealed that the world’s poorest countries lost nearly $946.7 billion (N150 trillion) in illegal capital flight in 2011, a 13.7 per cent rise from the previous year.

The GFI President, Raymond Baker, who commended the OECD for focusing attention on the role of the world’s richest countries in illicit financial flows, said the latest research revealed that illicit financial flows from developing countries increased at an average rate of 10 per cent per year over the past decade, against nearly 14 per cent recorded between 2010 and 2011.

Mr. Baker, who said illicit financial flows were the most damaging economic problem facing the global poor, noted that it was growing at a terrifying pace. He said the OECD report should serve as a wake-up call to world leaders to initiate more action to curtail the problem.

The OECD study, titled, Measuring OECD Responses to Illicit Financial Flows from Developing Countries, acknowledged that illicit financial flows must be addressed both by policymakers in developing nations and those in advanced economies.

“For a long time, the traditional view in the West was that illegal capital flight was a problem only for the world’s poorest countries, whose purportedly corrupt governments and poor business environments led capital to flee their nations.  Certainly, while policymakers in developing countries bear some of the responsibility for this problem, this is a two-way street,” the report said.

One of the findings of the report was that 27 of the 34 OECD countries were either “non compliant” or only “partially compliant” with the Financial Action Task Force’s FATF recommendations on transparency of corporate ownership information aimed at tackling abuses by anonymous shell companies.

The report noted the efforts by the United Kingdom, which made history in October by revealing plans to create the world’s first public registry of corporate beneficial ownership information to check the misuse of corporate entities.

In addition, the report endorsed the progress recorded so far on the issue of automatic exchange of tax information between advanced economies; a practice the GFI believes was essential tool in detecting and deterring tax evasion.

Though the report said the agreement by members of the G20 economies to exchange tax information between themselves by the end of 2015 would bring enormous benefits, it regretted that the world’s poorest countries may not gain much from such a system, as they were not members of the G20.

The report, however, did not mention country-by-country reporting of sales, profits, subsidiaries, employees, and taxes paid by multinational corporations as a possible policy remedy.

GFI has been in the vanguard of the advocacy for multinational corporations to be made to publicly report the information on country-by-country reporting of sales and profits to discourage abusive transfer pricing and profit shifting.