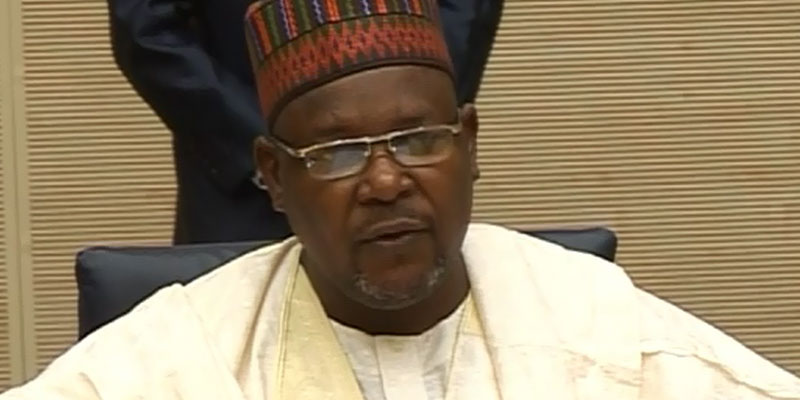 The money was released because of reduced funds available for sharing.

The Federation Accounts Allocation Committee, FAAC, on Thursday, went back on its September resolution not to draw from the Excess Crude Oil Revenue Account, ECA, to augment monthly statutory allocation to the three tiers of government.

After sharing about N1.196 trillion wind-falls as revenue allocation for the months of August and September, the Minister of State for Finance and Chairman of FAAC, Yerima Ngama, announced a resolution by members of the committee to put a halt to the “culture of augmenting monthly allocations, which fell short of the budgeted sum for the month.”

Augmentation is the practice of drawing funds from extra-statutory sources to make up for the shortfall when the actual revenue that has accrued in the Federation Accounts for distribution among the three tiers of government is below the budgeted sum in the approved Appropriation Act for the month.

Usually, the Federal Government resorts to the ECA, a special account where all revenues realized from the difference in crude oil price above the approved benchmark oil price in the budget are saved.

Last year, the Minister of Finance and Coordinating Minister for the Economy, Ngozi Okonjo-Iweala, said that the Federal Government’s decision was to ensure that at no time would the ECA balance be allowed to fall below $10 billion, to provide cushion to the economy in times of unexpected shocks.

However, since the beginning of the year, the decision has consistently be observed in breach, as no month passed without the government drawing heavily from the account to augment statutory allocations, despite Mrs. Okonjo-Iweala’s claims to a stable and strong economy.

At the end of the FAAC meeting held on Thursday, Mr. Ngama told reporters that President Goodluck Jonathan had approved that a further $1 billion be withdrawn from the account to augment the allocation for the month of October.

Consequently, the balance of the account, which stood at about $4.598 billion in September, dropped further to about $3.598billion on Thursday, as the government continued to face the pressure of dwindling oil revenues as a result of declining crude oil exports and increasing incidence of crude oil theft.

Mr. Ngama, who gave a breakdown of the revenue accruals and distribution components of the FAAC in Abuja, said that actual revenue collection in the month was less by N84.215 billion than the N623.768 billion budgetary approvals.

“We have the total actual collection of total revenue as N539.553 billion, which is less than the N623.768 billion that is in the budget by N84.215 billion. The total funds available for distribution have been adjusted with transfers to excess crude. And this month we transferred N80.651 billion to excess crude, thus leaving N458.901 billion after cost of collection to Federal Inland Revenue Service, FIRS, of N2.097 billion and cost of collection to Nigerian Customs Service (NCS) of N3.085 billion.”

He said there was also a refund to NCS of N0.713 billion, adding that after these deductions, about N453.006 billion was left for distribution to the three tiers of government, which showed the Federal Government allocated N213.825 billion and the 36 states, N108.455 billion.

The local governments got N83.614 billion, while the oil-producing states got about N47.112 billion as 13 per cent derivation allocation fund, bringing the total amount distributed to N525.247 billion for the month.

In addition to the statutory distributions to the tiers of government, Mr. Ngama said the Committee also approved the sharing of N35.549 billion Subsidy Reinvestment and Empowerment Programme, SURE-P, fund as well as the N7.617 billion refunded by the Nigerian National Petroleum Corporation, NNPC, which would be shared to the states and local governments as the repayments due from the Corporation into the Federation Account.

The minster also confirmed that the $1 billion withdrawal from the ECA was also distributed among the three tiers of government based on approval by President Goodluck Jonathan to shore up available funds at the disposal of the various tiers of government consequent upon the dwindling oil revenues of the country.