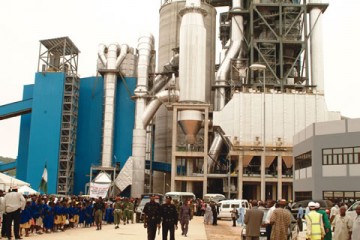 ‘Nigeria’s operating environment for businesses has been difficult’- LCCI

The chamber said Nigeria has also recorded some successes.

The Lagos Chamber for Commerce and Industry, LCCI, has said that Nigeria’s business environment is inhibited by varying factors that still make business operations difficult, after 53 years.

The Chamber said the challenge over the decades has been how to make the opportunities and the potentials work for the people.

“The operating environment for businesses has been difficult. The economy is inhibited by serious issues of infrastructure deficits, especially with regards to power supply, currently at less than 4000 megawatts; transportation, logistics, the quality of institutions, cost and access to funds etc. All these have combined to create a burden of competitiveness for domestic enterprises. This situation has made the diversification of the economy very difficult and poses a risk of vulnerability,” the chamber said.

To worsen the situation, Indigenous enterprises have been facing an even more difficult problem of market access, the chamber said in a communiqué titled ‘NIGERIA AT 53: Perspectives on the Economy’.

“The economy has been virtually taken over by imports, which limits the capacity to generate the needed multiplier effects and jobs that could impact on the citizens. Unemployment has risen to frightening levels of 23.9%; youth unemployment is at 50%; the poverty situation has been worsening, currently estimated at 67% and the security challenges have not really abated,” it said.

The chamber also expressed ‘great concern’, that as an oil producing nation, Nigeria continues to incur bills running into billion dollars on the importation of petroleum products. It said this persistent development denies the economy of the much needed foreign exchange and the tremendous multiplier effects which domestic refining of petroleum products would have offered the economy.

Despite these challenges, the LCCI however, highlighted the nation’s economic growth, in comparison with other African countries and expressed hope for a more conducive business environment.

“The good news, however, is that the situation is not a hopeless one,” the chamber said.

Congratulating Nigeria on the 53rd independence anniversary, LCCI, in the communiqué signed by its president, Goodie Ibru, highlighted some positives in the economy.

“We are thankful to Almighty God for some of the positives our country has recorded in the past five decades. In all, we have reasons to be grateful to Almighty God on this occasion of our 53rd anniversary. There are obvious shortcomings and setbacks, just as there have been some promising developments,” it said.

At 53, the Nigerian economy has grown to become the second largest economy on the African continent with an estimated GDP in excess of $300 billion, according to LCCI. Currently, Nigeria offers the largest market on the continent; it has the most enterprising population and is blessed with abundant natural resources, it added.

“Our democracy has been generally stable and has been uninterrupted for 15 years. This is something positive that we tend to take for granted. The potentials that the economy offers are tremendous especially with our natural endowment in agriculture, solid minerals, oil and gas etc.

“As we mark our 53rd anniversary, we should accelerate necessary reforms to fix our infrastructure, diversify the economy, strengthen our institutions and reduce corruption. There should be a correlation between wealth accumulation and value creation in order to entrench the right values in the society,” the organisation said.

The chamber urged Nigerians to constantly engage the leadership at all levels in order to improve governance quality.

“Democracy is a process, not an event. Therefore the citizens have a critical role to play in making the democratic process work for them,” it said.