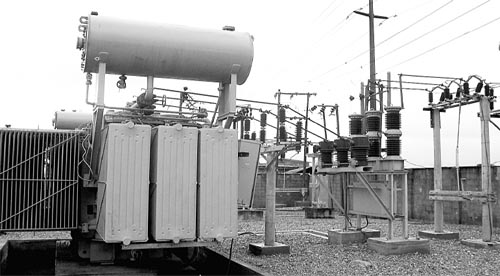 Mr. Dikki appeals to Nigerians to show understanding as the power sector reform would not bring about immediate changes.

Only strong incentives and support from government can encourage private sector investments in gas development to boost power generation and supply in the country, Director General of the Bureau of Public Enterprises (BPE), Benjamin Dikki, has said.

Mr. Dikki is of the view that the bulk of electricity generated in the country are from gas-fired plants, and expressed regrets that at the moment the country did not possess the capacity to supply enough gas to support the envisaged increased capacity as the private sector gradually takes over power generation and distribution in the country.

The director, who presented a paper titled: “Power Privatisation: Objectives, Current Status, Prospects & Challenges,” at the Breakfast Meeting of the Lagos Business School on Wednesday, said Nigeria was blessed with the largest reserves of natural gas in the world, but still needed the necessary investments to access the gas to produce power.

Mr. Dikki, represented by the Acting Director, Electric Power, Ibrahim Babagana, said the Power Holding Company of Nigeria (PHCN) successor companies would be handed over to their new owners fromOctober 1, 2013, adding that with the power sector in private hands, Nigeria would benefit from increased power supply and a boost in agricultural and industrial development among other positive developments.

However, the DG appealed for understanding among Nigerians as the power sector reform would not bring about immediate changes, adding that investments in the sector would take time to achieve results, while the construction of new generation capacity would take two to five years to achieve most of the results envisaged.

Also, Mr. Dikki said there was paucity of skilled manpower in the sector, inheritance of an aged and unmotivated work force and a clear strategy by the new owners to manage the movement from state-run to privately managed entity.

The DG recalled that at the onset of the democratically elected government in 1999, the Nigerian Electricity Power Sector had reached the lowest point in the history of the country as “out of the 79 generation units in the country, only 19 were operational,”  while average daily generation was  1,750 megawatts (MW).

“No new electric power infrastructure was built between 1990-1999, the newest plant was completed in 1990 and the last transmission line built in 1987, an estimated 90 million people were  without access to grid electricity and accurate and reliable estimates of industry losses were unavailable but these were believed to be in excess of 50 percent”, he said.