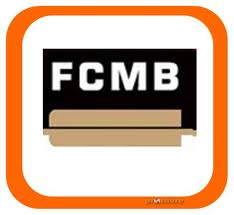 The Holding Company will manage FCMB and its subsidiaries.

The Holding Company will be known as FCMB Group Plc.

The firm said the need for the transition started with the directive of the Central Bank of Nigeria (CBN), under Regulation 3 of 2010, that all deposit banks in Nigeria should divest their non-core banking subsidiaries and consolidate into one Holding Company.

The Bank made this known in a report titled ‘FCMB Plc, Facts behind the listing’ and also via a communiqué by its Investor Relations department.

“On 10 December 2012, the shareholders of the bank approved the restructuring at an Extra-Ordinary General Meeting. Our implementation roadmap was elongated due to the significant merger transaction in 2012 and the need to dispose of seven non-permissible/ non-strategic subsidiaries,” the firm said.

Under the Holding Company structure, the firm said shareholdings in First City Monument Bank (FCMB) Plc have been exchanged one–for-one for FCMB Group Plc shares, effectively making them the owners of FCMB Group Plc, in the same ratio as the previous holdings in the bank.

FCMB Group Plc has also been listed on the Nigerian Stock Exchange (NSE) with the ticker symbol FCMB; while the 19,041,068,033 ordinary shares held by the bank’s 529,632 shareholders have also been transferred and listed.

The Marketing & Communications department of the bank confirmed that the holding company and the different subsidiaries will each function as separate and distinct companies with a separate Board of Directors, a Chief Executive or Managing Director and a Chairman.

The firm said the Holding company, FCMB Group Plc, will create additional value by enhancing stakeholder engagements and reporting standards. It said it will also provide an additional layer of non-operational governance to ensure sustainable earnings, consistent and complementary strategies and cultures across the bank and other companies.

“We believe that the Holding Company structure, will ring-fence depositors’ funds from investment banking activities, which remain critical to the growth and development of the Nigerian economy. The structure will create a more diversified revenue base, whilst also allowing for focused management of the distinct businesses, thereby enhancing shareholder and customer value,” it said.

The firm said implementation of the scheme is almost concluded with the delisting of the bank on June 21, 2013 and the listing of FCMB Group Plc as the holding company today.

The organisation is optimistic of a positive outlook for 2013 and the near future including: improving net interest margins from accelerated retail lending and current and savings accounts growth, strong retail non-interest income growth, strong rebound of corporate banking and increasing contribution from investment banking among others.

In 2010, the Central Bank issued “Regulation 3” (scope of banking activities and ancillary matters, No. 3, 2010), which required banks to divest their non-banking businesses or retain them under a holding company (“HoldCo”) structure.

A number of banks have also gone the restructuring route to adhere to the regulatory body. These include First Bank, UBA and Stanbic IBTC.