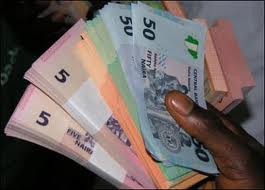 The Central has announced a reversal from polymer to paper notes.

Labour leaders in the financial sector on Tuesday urged the Central Bank of Nigeria (CBN) to always carry out appropriate research on any issue before making it public policy.

The union leaders stated this in interviews with the News Agency of Nigeria in Lagos, while reacting to a plan by the Central Bank to phase out polymer notes in June.

They argued that proper research would help to forestall adverse implications of any policy.

Sunday Salako, ASSBIFI’s President, argued that the apex bank should have done enough research to ensure that the polymer currency would last longer than ordinary paper notes.

Mr. Salako observed that since the polymer notes were not durable, there was need for them to be changed.

“It is good that the CBN has realised its mistakes and want to change the notes. Let us give them the opportunity to ensure that we have durable money.

“I advice the apex body to do its home work well before the implementation of any of its policies,” he said.

Mohammed Sheikh, NUBIFIE’s General Secretary, also said that the Central Bank would have achieved its desired result if they had subjected the changes in currency notes to public debate.

“If the CBN had subjected the first change to a public scrutiny, this reverse from polymer to paper notes will not take place and the country would not have spent huge fund in printing polymer.

“Various stakeholders would have debated the polymer issue and there would have been better options, instead of employing international consultant who do not understand how things work in Nigeria to make decisions,” Mr. Sheikh said.

He advised the Central Bank to focus more on improving the macro-economic policies for the development and growth of the country.