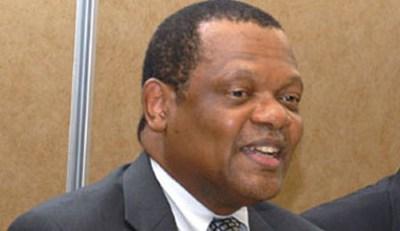 The committees have been charged to ensure the smooth handover of successor companies.

The National Council on Privatisation, NCP, on Wednesday inaugurated transition committees for the 15 Power Holding Company of Nigeria, PHCN, successor companies that have completed the process of executing their Share Sale Purchase Agreements, SSPAs.

At the inauguration of the committees, Chairman, Technical Committee of NCP, Atedo Peterside, said the companies that emerged preferred bidders for the successor companies are expected to pay 25 per cent of the bid offer value after which a transition committee would be constituted to enable them commence the process of taking-over their managements in line with the terms of the SSPA.

Mr. Peterside listed the terms of reference for the transition committees to include facilitating the smooth transition and eventual

handover of the management and operational control of the successor companies to the purchasers.

The committees have been directed to allow the purchasers access to the companies to enable them prepare for the implementation of their business plans laid out in the proposals submitted to the Bureau of Public Enterprises, BPE.

Also the committees are expected to provide a forum for purchasers to engage with existing management and employees to ensure a smooth transition and handover, while BPE and the purchasers are to be allowed to monitor the on-going operations of the company to ensure they are operating in an efficient manner and in compliance with the terms of the SSPAs executed between the preferred bidders and BPE on February 21, 2013.

The Acting Director-General of the BPE, Benjamin Dikki, explained that each successor company committee has three members, consisting representatives of the privatization agency, the management of the

successor company and the preferred bidder, with the BPE nominee as the Chairman.

According to Mr. Dikki, both BPE and the new owners have a mutual interest in ensuring that the companies operate in a manner to

maintain the value of the company during the transition period, which he said could be within a month or a maximum of six months, depending on when the full payment of the bid price would be completed.

He said the transitional arrangements would allow a platform to ensure that both the companies and purchasers are ready for the handover process, adding that the managements and boards of the successor companies would continue to exercise their functions during the transition period without interference from the transitional committees.

Accord Party attacks Ajimobi over stance on FOI Act

We will double Abuja revenue through AGIS – Tangaza