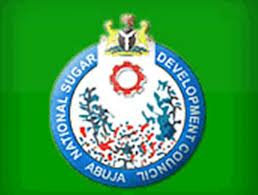 The cost may even go higher.

With a federal government waiver on sugar importation, Nigeria imported 900,000 tonnes of the product, out of which 400,000 tonnes was raw sugar, Mr. Busari said.

While Nigeria’s has spent an average of $500 million this year, the bill may go up going by the rising demand for sugar in the country.

“Right now, we spend on the average $500 million on importing raw sugar, against about $620 million spent last year. Going forward, we believe it may go up a little bit, before beginning to come down,” Mr. Busari said.

Nigeria is at the losing end of the huge importation, as the importers of the raw material were exempted from paying the levies on more than 99 per cent of the imports as a result of government waivers, the head of the development council said.

He said importers have flouted the law requiring that 10 per cent of the value of the raw sugar imported into the country be charged as the Sugar Levy, which would be set aside for the development of the sector.

“Today, over 99 per cent of the sugar imported into this country comes in raw and the importers don’t pay levy. So one has a situation where even the money is no longer there.

A new sugar masterplan was unveiled last September, to help address the challenges of the sector.

The implementation of the plan approved by the Executive Council of the Federation, FEC, began last January.

The master plan has specified a number of incentives to investors, including a new tariff structure that is consciously skewed against importation to promote local production, as against the current high importation level in the industry.

“With the high tariff, we are discouraging importation. Even if somebody goes and import at that high tariff, it’s obvious that the sugar produced in Nigeria at a lower cost of production of the same quality, for instance, would, of course, be cheaper,” Mr. Busari said.

Under the new arrangement, anybody who wants to invest in sugarcane to sugar project would have five years tax holiday, while all the machinery he would use, both on the field and in the factory, would attract zero duty.

Similarly, any investor that invested in some infrastructure to be able to do his businesses would get 30 per cent tax credit.

“One of the things that the new master plan has done is to say `no’, this has to change, because overtime they are making that money and they are not ploughing it back into local production. That is why government now says `no’, everybody pays.