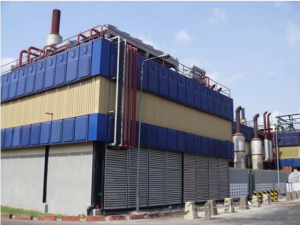 The Lagos Chamber of Commerce and Industry has also stated the challenges of the Nigerian business environment.

A top brewery company, Guinness Nigeria Plc, a subsidiary of Diageo Plc, United Kingdom, has said that Nigeria is a high risk market, though with high returns.

According to the firm, the reason for this is because the existing operating environment of the nation is saddled with challenges.

Adrianne Nwagu, the firm’s Corporate Communication’s Manager, who represented Seni Adetu, the firm’s Managing Director, at an event held in Lagos recently, said “Nigeria is a high risk, high returns market”, based on challenges such as insecurity, poor infrastructure and corruption.

According to her, while the government is busy embarking on projects that would foster investment and tourism, the main attraction for investors is the ability of a country to deliver growth and returns on investments. Due to this, investors would rather want a firsthand information and experience from firms already operating in the country, before carrying out their businesses.

She said despite these challenges, Nigeria is a country with huge investment potential, as investors still invest in firms that operate in the country.

She added that only recently, Diageo invested a huge sum into the firm, a move which reflects the confidence investors still have in Nigeria.

“We need to address security issues, corporate entities should not be over-regulated” she said at the event which sought to know the impact of Nigeria’s image on its investment climate, by investors.

She stressed that the government needs to fix infrastructure and work more closely with corporate organisations.

While highlighting the challenges faced by investors last year, the Lagos Chamber of Commerce and Industry, LCCI, the premier chamber of commerce in Nigeria, said the nation’s business and economic environment was typically characterized by upsides and downsides, but the latter seem to have outweighed the former.

The LCCI in a report titled ‘2012 Business Environment Report’ available on its website, said “the economy (as always) offered tremendous opportunities during the year, but the capacity of investors to harness the opportunities was constrained by the prevailing challenges of the operating environment. The limitations were even more profound for indigenous entrepreneurs.”

The 12 page report, which was signed by Muda Yusuf, the Director General, Lagos Chamber of Commerce and Industry, revealed that despite the major components of the upside in the economy in 2012, which includes robust natural endowments, youthful demography, large coastlines, large enterprising population among others, for most investors, the downside was more overwhelming.

“The operating environment was generally adjudged to be unsatisfactory by many investors. This had profound impact on returns on investment and profit margins” the report revealed.

The broad issues and challenges according to the report, include weak consumer demand, cost and access to credit, cargo clearing processes, transportation costs, especially the collapse of the rail system, institutional problems and corruption, especially in relation to public sector transactions.

Other concerns were the uncertainty and inconsistency in the policy environment, growing insecurity, manpower issues and the relevance of educational curriculum to the needs of the economy. Others are high level of receivables across sectors, power supply challenges, poor sectoral linkages and weak commitment to the development of indigenous enterprise.

Specific implications of this, according to LCCI’s report, was that the economies of the affected states suffered setbacks following the closure of companies and relocation to other states.

“The impact on job losses was profound. Many firms lost sizeable portion of their sales as they could no longer access most part of the northern market. Manufacturing firms sourcing raw materials from the north faced new challenges,” the Lagos Chamber said.

High energy cost was not left out, according to the report, remaining a major issue for investors during the year, with implications on productivity and profitability of investments.

The LCCI said that for the government to realize its aspiration of economic transformation, the concerns and challenges highlighted by the private sector players in its report should be addressed, as it undertook an evidenced based assessment of the business environment in 2012 with inputs from its members and stakeholders in the Nigerian economy.

The objective of coming up with the report, according to the LCCI, was to identify key issues for advocacy and engagement for the improvement of the nation’s business environment.

“The transformation of the Nigerian economy is critically dependent on the quality of investment climate,” the report stated.

Ralph Akinfeleye, a Professor at the University of Lagos, while commenting on some the challenges faced by the country, said Nigerians would have to address the problems facing the country themselves as the priority of foreigners is to come here and make money.