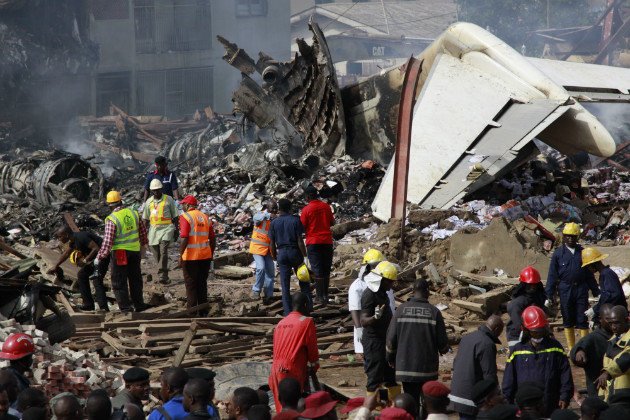 We are ready for business, Dana Air says

Dana has commenced operations on the Lagos-Abuja route.

The management of Dana Air has stated that it had met all the requirements needed to commence operations across the country.

Dana Air’s Spokesperson, Tony Usidamen, told PREMIUM TIMES that the airline fulfilled the “rigorous” processes before they were cleared by appropriate authorities.

“We made sure that the rigorous process of recertification and trainings have been concluded. So we are set. We are ready,” said Mr. Usidamen.

A Lagos-bound Dana Air MD-83 crashed, on June 3, 2012, into a neighbourhood in the outskirts of the city killing all 153 people on board as well as about 10 people on the ground, according to authorities.

Mr. Usidamen said that customer response since flight bookings began on Thursday had been encouraging.

“Prior to the unfortunate accident, we had gained the reputation as the preferred airline for travel across Nigeria mainly as a result of quality of our services, talking about our in-flight services and our on-time performance,” Mr. Usidamen said.

“We expect that it’s not going to be immediate. I can confirm to you that already, since opening our online platform ticket sales, we’ve got a lot of bookings already,” he added.

One-way online ticket to the nation’s capital costs as low as N11, 799, with the Business Class going for N47, 000, according to the airline’s website.

Mr. Usidamen said that their rates are “competitive” compared to the other airlines.

“We are not starting off with any kind of promo fares, we are offering competitive industry fares,” he said.

On December 20, Bunmi Awoyemi, who represents 40 victims of the Dana Air mishap, stated that 28 of his clients are yet to receive the US$30,000 initial compensation from the airline’s insurers.

However, the airline’s Spokesperson said that they have already started the final compensation stage of the balance of US$70,000, as stipulated by the Civil Aviation Act.

“As at before the Christmas holidays, I can confirm that over 80 people of the about 107 who submitted their forms have been paid their initial compensation.

“We’ve started final payment. The court has verified one of the five (families) and they received payment already. We are awaiting the confirmation for the other four from the probate registry,” said Mr. Usidamen, who declined to state the recipient family for “personal security reasons.”

“As more people submit the letters of administration which is required for final payment, the cheques are ready,” he added.