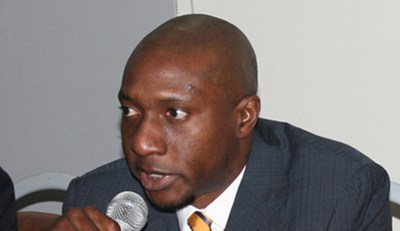 Agriculture has remained subsistent because financing needs for agriculture is quite substantial and it cannot be met through the money market.

The capital market holds the ace for the Agricultural Sector to take its prime place in the Nigerian economy, Oscar Onyema, the Nigerian Stock Exchange Chief Executive Officer has said.

According to him, one of the reasons the sector has remained subsistent is because the financing needs for agriculture is quite substantial and it cannot be met through the money market.

“Taking into consideration the long-term nature of the sector as well as capital intensive disposition of the industry, the agriculture sector cannot rely predominantly on short-term borrowing” he said.

According to him, the poor performance of the Nigerian agricultural sector, in terms of its contribution to country’s total revenue has led successive Government to embark on and implement several agricultural policies and initiatives aimed at reviving the sector.

“A report by the Alliance for Green Revolution in Africa, AGRA, shows that Agriculture accounts for roughly 41 per cent of Gross Domestic Product, GDP, in Nigeria and 50 per cent of the economically active population in the country” he said.

“It is a known fact that the capital market has a comparative advantage over other sources of finance in the provision of long-term funds compared to the generally higher cost of bank financing for long-term capital infrastructural projects” he said.

Despite the importance of Capital Market to the growth and development of the sector, Mr. Onyema said promoters of Nigerian agricultural ventures are yet to take advantage of the opportunities the stock market provides.

There are currently five companies listed in the Agriculture Sector of this Exchange and this sector accounts for N34.62 billion (0.4 per cent) out of the total Market Capitalization of N8.59 trillion as at October 29, 2012.

“We believe this situation can be better. We are capable, concerned and willing to work with the private sector in repositioning the Nigerian Agricultural industry” he said.

Notwithstanding the less than impressive performance of the Agricultural sector in the nation’s economy, Presco Plc has continued to thrive and remain investor friendly in the market since it was listed on the Nigerian Stock Exchange ten years ago, the NSE boss said.

The firm was established in the seventies, through the efforts of Government of the former Bendel State of Nigeria (now Edo State and Delta State). The company was listed on The Nigerian Stock Exchange on October 10, 2002 in Agriculture Sector and Crop Production Sub-sector.

Top bank officials have said the focus of the nation’s loan advances is towards the short-term, quick money yielding and attractive ventures such as oil and gas and telecoms.

The sector has however picked up in recent times. The non-oil sector has remained the major driver of growth recording a 7.50 per cent increase in contrast to the oil sector, which contracted by 0.73 per cent in the second quarter of 2012.

The growth drivers within the non-oil sector remained agriculture, wholesale and retail trade which contributed 1.94, 1.69 and 3.16 per cent respectively.

It is expected that the sector, which has always lamented unavailability of funds and poor funding would make the best use of this invitation to the stock market and also maximise special funds earmarked for the sector by the Federal Government to sustain their encouraging contribution to the nation’s GDP.

These are what FEC will discuss, Wednesday, Oct, 30