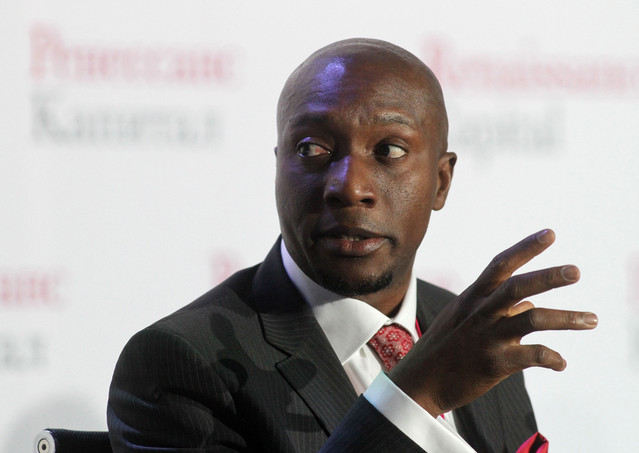 The NSE boss says organizations should endeavor to publish the information the public needs to know.

The Chief Executive Officer of the Nigerian Stock Exchange, NSE, Oscar Onyema, has warned organizations quoted on the stock exchange to desist from hoarding information about their companies to shareholders and the public.

Mr. Onyema said this at a Union Bank of Nigeria presentation tagged – the facts behind the figures presentation- on Wednesday held at the Stock Exchange building in Lagos.

Mr. Onyema decried the situation where organizations leave their various publics groping in the dark as regards issues in the vein of declining profits, losses, vague figures, and dividends. He told the companies to stop waiting till they have good news before they give out information to shareholders and the public.

“When the going is though, let the market know –it is best to let the capital market stakeholders hear first-hand from the horse’s mouth, the reason behind every performance…be it good, bad or exceptional” he added.

He commended Union Bank for providing the market with information about its dealings through the “Facts behind the Figures presentation”.

Facts behind the Figures

Mr. Onyema said the ‘Facts behind the Figures Presentation’ is a rather important activity because the capital market is information driven and stakeholders depend on information to make important decisions and gain knowledge about organisations they have stakes in.

Companies use the medium to enlighten shareholders, and indeed, the public after figures of their books are arrived at the close of an accounting period.

From the figures presented by Union Bank, it has improved on its financial performance –as at last week, the bank reported a net profit of N13.6 billion for the second quarter ended June 30, against a loss of N44 billion in the corresponding period of 2011.

At the group level, Union Bank posted a profit after tax of N16.14 billion, compared to a loss of N40.30 billion posted during a corresponding period last year. The group equity increased to N207.92 billion from a negative N164.852 billion posted in 2011.

Added to this is the performance of the bank’s stock on the Nigerian Stock Exchange. From the year low of N2.34, Union Bank traded on Friday at N7.51. This is a 221 per cent increase, without having taken into consideration the occurrence that it had earlier traded at N10.60.

“This stock is a potential treasure-trove for discerning investors” Mr. Onyema said, adding that despite the recent storm that hit the bank which it has had to weather, it has remained true to its “Big, Strong and Reliable” slogan.

Union Bank is the only commercial bank among the erstwhile revitalized banks that still retains its identity. While four of the then rescued banks have since been acquired and three bridged, Union Bank survived the storm.