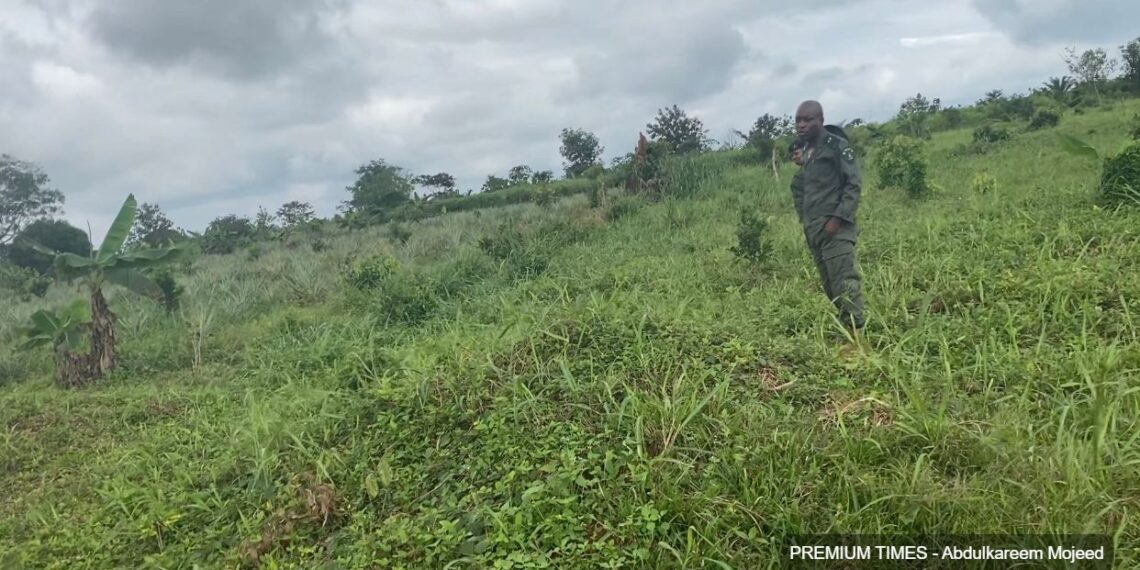 Several sources said many officials of the park services have been queried after PREMIUM TIMES findings were published in October.

According to multiple sources familiar with the matter, an official handing over ceremony will be conducted for Mr Obekpa next week Monday or Tuesday.

Mr Obekpa, who confirmed his redeployment when reached by phone, described his transfer as a “normal thing” and said there was no cause for alarm.

But several sources said many officials of the park services have been queried after PREMIUM TIMES findings were published in October.

“Ever since your report came up there have been tensions here and there. The report raised a lot of dust,” one of our sources, a top official of the park who did not want his name mentioned for fear of being victimised, told PREMIUM TIMES.

The official said: “The truth is your report is an opener. It has helped us to establish our lapses in the implementation of the green bond project.”

“I hope we learn from it going forward and do things the right way,” another park official said.

In December 2017 and June 2019, Nigeria issued two green bonds worth N10.69 billion and N15 billion respectively. The move was heralded as the most ambitious initiative of its kind anywhere in the continent of Africa at that time.

It placed Nigeria, Africa’s most populous nation, as the first African nation and fourth globally after Poland, France, and COP 23 President, Fiji, to raise a debt instrument for the sole purpose of financing climate smart (mitigation and adaptation) projects.

However, a five-month long investigation by this newspaper revealed how Nigeria’s National Park Services failed to implement the green-bond-funded afforestation projects after receiving over N432 million within the aforementioned years of issuance.

The report exposed how Nigeria’s bid to gradually reverse the impact of climate change by planting millions of trees failed in less than three years after full implementation, while the government continues to deceive Nigerians and the global community that it has forested over 6 million hectares of land within this period.

Our reporter visited forest reserves and several communities in Cross River and Edo States to track green bond projects sites claimed to have been executed by the National Park, an agency under the Environment Ministry. We found the projects were far from successful.

The projects largely failed because they were poorly implemented, and they had poor community participation, and inadequate needs assessment. Importantly, the tree-planting projects failed because the contracts were awarded to firms with little or no afforestation experience.

PREMIUM TIMES learned that while some officials of the parks were summoned to the headquarters in Abuja following this newspaper’s report, others were mandated to sign an oath of secrecy form.

Multiple sources told this newspaper that Mr Obekpa was removed as the CP of the park because of the poor implementation of the green bond project and on other issues relating to staff welfare and relationship with host communities.

“He (Mr Obekpa) has no relationship with the Support Zone Communities and which is leading to excess logging in the forest (no intelligence gathering ),” one of our sources said.

For the Cross River National Park, our sources said officials of the park have come under immense pressure following the report by this newspaper, and park officials are currently trying to come up with a plan to raise seedlings that would be used to beat up (replant) the failed project sites.

“We are waiting for the rains to begin replanting,” one official said.