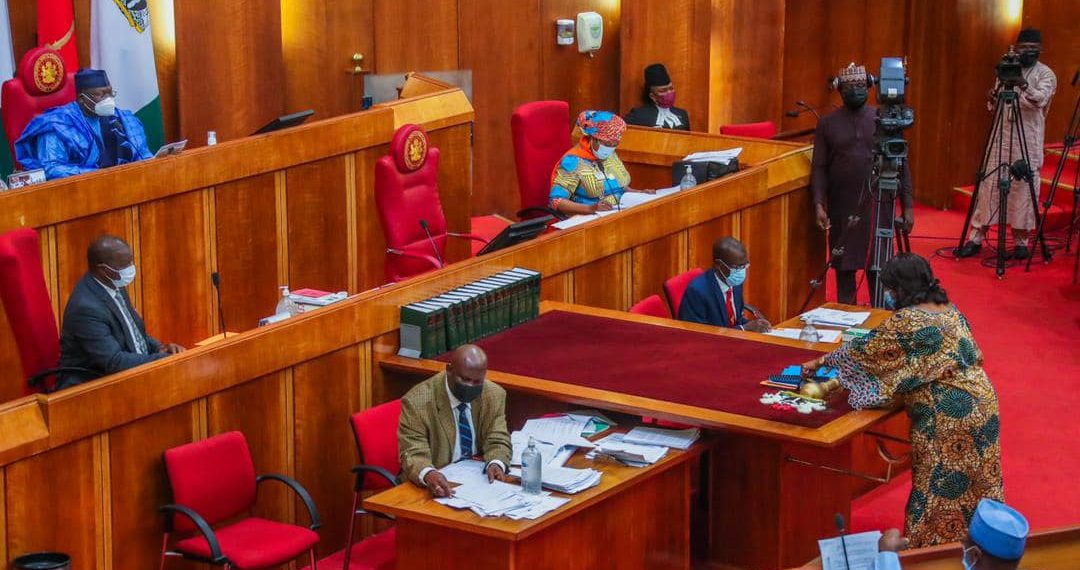 Why right to food should be enshrined in the constitution – HOMEF

The environmental group calls on the National Assembly to include that provision in the constitution.

The non-governmental group, Health of Mother Earth Foundation (HOMEF), has called on the National Assembly’s committees reviewing the 1999 Constitution to reinstate the clause on the ‘right to food’ omitted in the Constitution’s amendment Bill.

In a statement by Kome Odhomor, HOMEF’s media communication lead on Monday, the organisation said the bill, which has been pending before both chambers of the National Assembly seeks to introduce the words ‘right to food ‘and ‘food security’ in chapter two and four of the constitution.

This, according to the statement, aims to “address the failure of agricultural policies so as to ensure food security in Nigeria.

Also, it said the clause was rejected on the ground that it “could be misinterpreted by citizens and might lead to damaging consequences.”

HOMEF is an ecological think tank organisation headquartered in Benin advocating for environmental, climate justice and food sovereignty in Nigeria and Africa at large.

In his remarks, Nnimmo Bassey, HOMEF’s director, expressed disappointment at this move, noting that the right to adequate food is a long standing fundamental human right, universally accepted for years and thus should not be cherry-picked by our legislators.

He said, “to remove the clause from the Bill is to reinforce the lack of regard for the people and keep an open door for the purveyors of risky technologies such as genetic modification and gene editing in agriculture as well policies designed against the small holder farmers who are the pillar of Agriculture in the country.”

Mariann Orovwuje, Coordinator, Food Sovereignty Programme at Friends of the Earth Nigeria/Africa, said a recognition of the right to food in the constitution will ensure accountability, transparency, better governance and policies to provide a thriving environment for optimum food productivity.

She explained that the right to food is anchored on human rights and is recognized in many international treaties and conventions including the Universal Declaration on Human Rights (UDHR); The International Covenant on Economic, Social and Cultural Rights (ICESCR); Convention on the Elimination of all Forms of Discrimination against Women (CEDAW) and Convention on the Rights of the Child (CRC), UN Resolution23 on Food Security 1998 and the African Charter on Human Right 1986.

Since Nigeria is a signatory to the aforementioned instruments, Ms Orovwuje said it needs to strengthen the legal framework for the realisation of the right to food in the country through strengthening of people’s access to food and use of resources.

This, she said, will help to inform the public about their human rights as well as strengthening their ability to participate in development processes and decision making.

Joyce Brown, HOMEF’s programme manager and project lead on hunger politics, explained that for the nation to address the problem of hunger, having the ‘right to food’ enshrined in the constitution is a prudent step to take.

“It will engender policy coherence and effectiveness such that the actual needs of the people are addressed from a fundamental rights approach,” she said.

HOMEF stated that “the ‘right to food’ is a key component of food sovereignty which, beyond food security, sees to the right of food producers at every level along the food chain to be in control of what they produce and how.

It said food sovereignty not only ensures access to food but makes sure that the food is healthy, nutritious and culturally appropriate; that the food is produced with ecologically sound means. This is the future of food and farming. It is the direction we must go.

The organisation emphasised that the right to adequate and safe food is a fundamental human right and law makers should not legislate against this right in the constitution amendment process.

“To do otherwise sends the signal that the lawmakers wish to set Nigerians on the pathway of starvation and neglect,” HOMEF said.