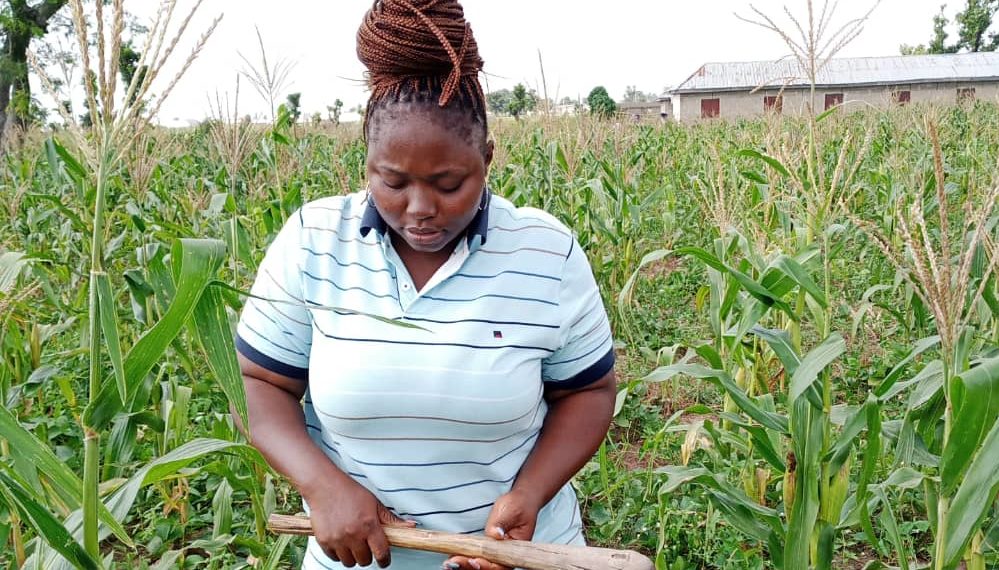 Juliana Achimugu on her maize farm

Women in Agriculture: How we avoid insecurity in Niger State — Farmer

Juliana Achimugu cultivates rice and maize on her one and a half hectare of land.

Juliana Achimugu is a smallholder farmer in Niger State; she cultivates rice and maize on her one and a half hectare of land.

In this episode of our Women in Agriculture series, Ms Achimugu shares her experience on how she has been struggling to earn a living through farming.

PT: Can you tell us why you became a farmer?

Ms Achimugu: For me, it is a family profession, my parents are farmers so I grew up in a farming family. I had lost interest because at some point I wanted to do something else until I met Alluvial Agriculture. I understood that women can make good money from farming and assist their husbands financially in the family. Now, it’s more than a family thing, it’s a big deal. 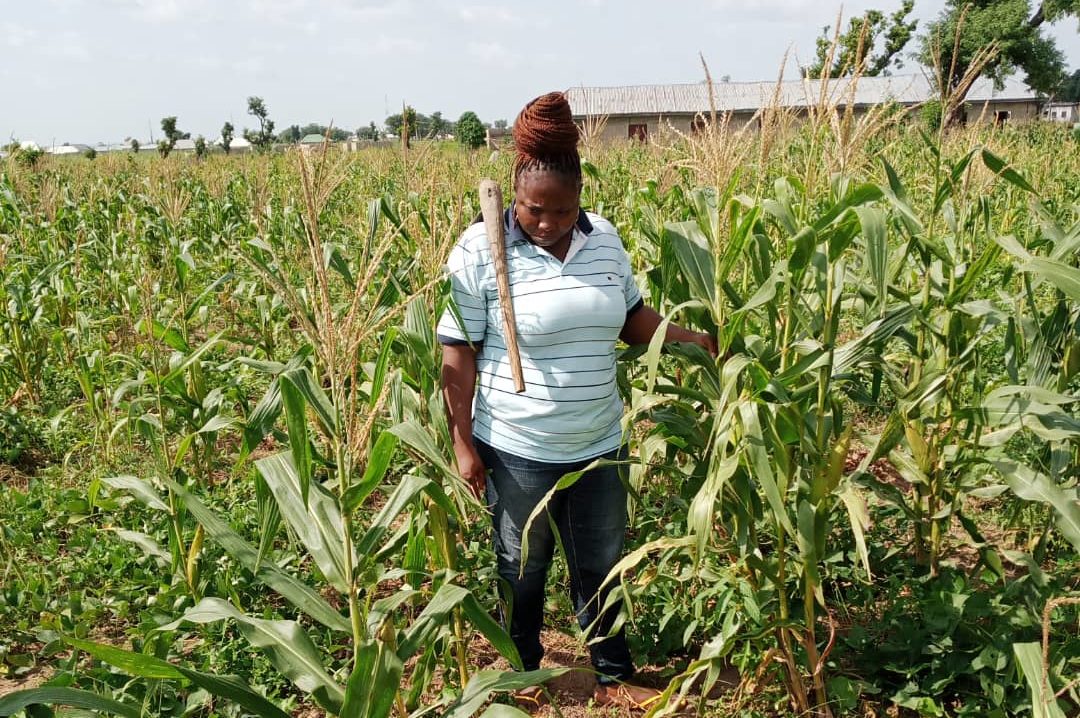 PT: You are an indigene of Niger State by naturalisation, how does it affect you owning land as a woman?

Ms Achimugu: Well, I lease land for N20,000. It is usually very expensive. Getting land from the owners is difficult. It really doesn’t have anything to do with gender.

PT: Farm inputs like seeds and fertilizer are actually expensive, how do you get them?

Ms Achimugu: In Wushishi local government where I reside, there is a seed company called Brains and Hammers, we buy from them. There are other smaller seed companies; we get seeds from them too at good prices.

PT: You mentioned benefitting from an organisation, how did you meet them?

Ms Achimugu: I met them via their agents when they came to speak with us, they came for registration.

PT: Any significant difference before and after your encounter with this organisation?

Ms Achimugu: Before I met them, I was managing half hectare buy now I do one and half hectares. They provided me with inputs such as seeds and chemicals. It has assisted me in improving my productivity. With the lessons I learnt during the series of trainings, I can practice good agronomic practices that will improve yield. I got two bags of urea and four bags of NPK. I got herbicides.

PT: Niger State is one of the states in Nigeria’s North Central where insecurity is worrisome. Can you share your experience?

Ms Achimugu: In the area, we have had several cases but they mostly occur across the river and unfortunately, there are more land there and it is cheaper to lease. Because of the situation, I have to lease land close to me, so I could not go across the river. So it’s making land more expensive for me. I know it will be worse during the dry season. Farmers are very scared, and this has increased our cost of production.

PT: What kind of repayment plan do you have with the organisation?

Ms Achimugu: I have to repay with a 100kg bag of maize.

PT: Climate change impact is being widely felt ow across the world. In Nigeria its late rain, heavy rainfall and flooding. What impact has this had on you as a farmer?

Ms Achimugu: It’s been challenging, the rains are not coming as expected. There has been a trend in recent years, in this LGA, Wushishi, it’s very irregular and less. We keep waiting for the rain, until then we go to the farms. For me, maize can survive but it may reduce my yield slightly. For the rice, I have an option to irrigate. 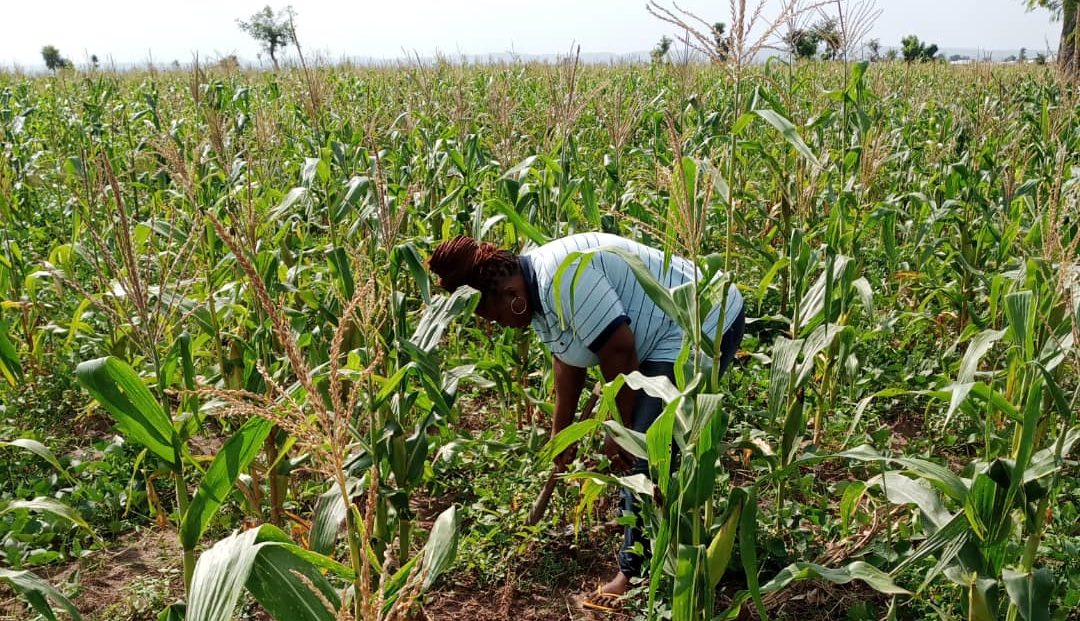 PT: You mentioned irrigation farming, can you tell us the challenges around it, especially in an insecure location?

Ms Achimugu: When you set up a farm in an insecure location, you may be scared of checking on it. If I’m in an environment where I don’t have a proper channel for irrigation it can be very expensive. I have to get a pumping machine, a host and other equipment .

PT: Do you belong to any farmers’ association?

PT: Since you already have an established market for your rice, what about your other produce?

Ms Achimugu: People come to buy from the market, women traders buy from me. I also take it to the market to sell.

PT: Were there other businesses you tried before finally settling for agriculture?

Ms Achimugu: Yes, I tried retailing. I did it to get little money.

PT: You later settled for farming, were you able to save money for your farming?

Ms Achimugu: The first season, I depended on my parents for inputs but the next season, I got from the previous season. I was able to raise money to buy inputs. My husband also supports me with inputs.