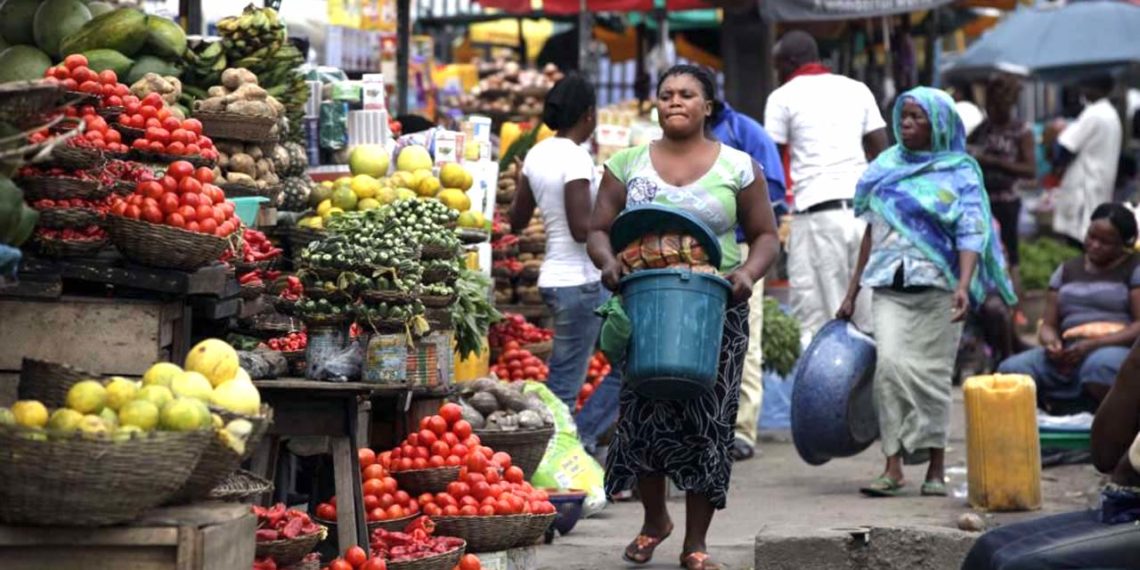 The prices of noodles, bread, and cooking oil (vegetable and palm oil) rose between 20 and 30 per cent in the last 12 months, a survey of markets in six states shows.

The survey by PREMIUM TIMES covered Lagos, Akwa Ibom, Abuja, Cross River, Nasarawa, and Ekiti. It showed the price of spaghetti rose at least 24 per cent within the period.

Food inflation in Nigeria fell for the fourth straight month to 21.03 per cent in July after reaching its highest rate of 22 per cent in years in March, according to the National Bureau of Statistics.

Nigeria’s economy has struggled with high inflation and a cut in government revenue. Spiraling inflation, which eased for the fourth straight month in July, has been driven mainly by high food prices, in part caused by insecurity.

Angela Emmanuel, a trader at Agege Market, told PREMIUM TIMES that she only knew that prices of oil had risen, without knowing exactly what triggered the increase.

“There is an increase in the prices of food items, but personally, I don’t know what causes the increase. Some people attributed the rise to foreign exchange rate while others think it is insecurity that has affected transportation of the product.

“People are really complaining of the high prices, and they are beginning to patronise the cheaper alternative of inferior oil and it is not good for their health,” Mrs Emmanuel said.

A food trader in Akwa Ibom, Abasifreke Akpan, said prices have risen at least 100 per cent.

We face challenges like hike in transportation as well as settlement of different task force groups on the road before moving the products to the market,” she said.

“Also, one litre of vegetable oil was N600 last year, but now it is N1000. All the prices of food stuff have increased.

I can’t really say what caused the increase because the company’s agent normally supplies them to my shop, so I don’t just know, but there is an increase in the prices,” Abasifreke added.

A bread seller, Umar Ismaila, who owns a shop in Kubwa, Abuja, he used to sell this small loaf of bread N200 but now it is N250. “The other big size was N350 before, but now it is N500. I cannot even order for many quantities again because it has affected my revenue and most times, customers are not buying again like before,” Mr Umar said.

Salim Muhammad, who is the national president of Wheat Farmers Association of Nigeria, said low wheat production in Nigeria was responsible for the rising prices of these major staples. Wheat is used in making bread and pasta.

“The demand and supply gap is too alarming. Our two million interested farmers are ready to produce when the funding is available. Wheat prices are increasing day by day because of the insufficiency of the product. This resulted in high cost of flour as well as high cost of bread and other related products,” Mr Salim said.

“We hope CBN will critically look at the situation and intervene appropriately and fund the association to double production in order to bridge the gap,” he added.

Ogunlami Oluseye, Directorate of University Farms, Federal University of Agriculture (FUAAB), Abeokuta, said in addition to other factors, the seasonal nature of palm fruit and this year’s low productivity has affected the price of palm oil in the market.

“Like any other fruit-bearing trees are usually seasonal, palm fruit is not exceptional and sometimes the price of palm oil follows that trend. There is usually, a peak period and off-period, and the pressure of demand and supply is usually a factor in its pricing,” Mr Oluseye said.