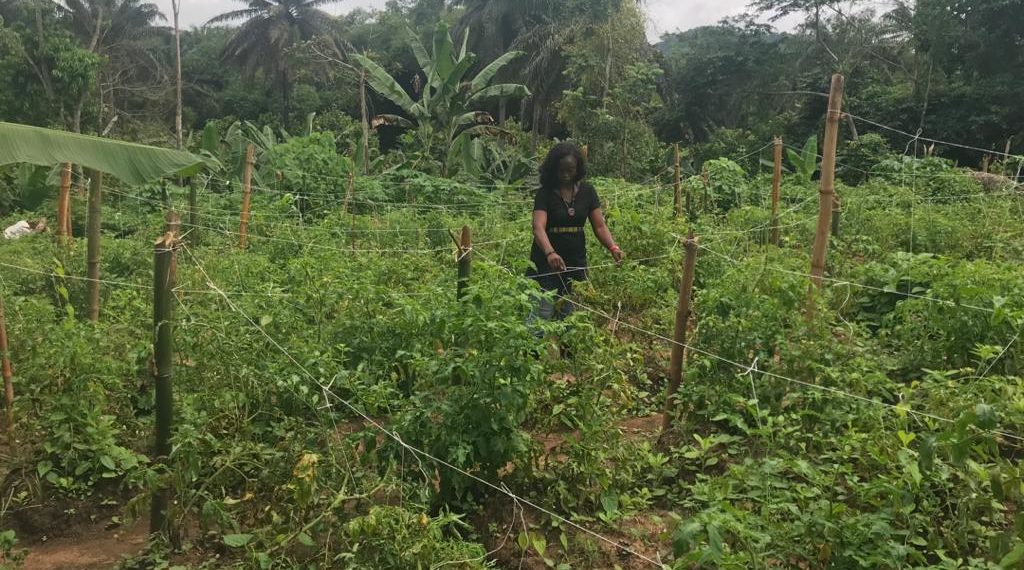 Nike Kikiowo started a poultry farm in 2017 in Osun State with 100 birds, but has now grown significantly.

Nike Kikiowo started her poultry farm in 2017 in Osun State with 100 birds.

The graduate of History and Diplomatic Study had earlier ventured into various enterprises, but was not satisfied with their outcome.

Although she had a “white collar job”, she managed to engage herself with other things before calling it quit at the corporate world in 2016.

When she resigned, Mrs Kikiowo decided to rewrite her narrative and moved on to agriculture. She is now the managing director of Azarel Farms.

“Agriculture for me had always been my passion, even though I never planned to be a full time farmer, but I had to start it. I had other businesses I was into but I am not as fulfilled as I am with agriculture,” she told PREMIUM TIMES.

She contacted an animal scientist who advised her to begin with 100 birds.

She was pleased with her first sales, so she gave it another try. By early 2018 she had grown to 500 birds capacity.

The mother-of-three belongs to the Poultry Association of Nigeria, Osun State chapter. Joining this association has added positive values to her business.

Mrs Kikiowo, who also has a diploma in Law, said aside her poultry farm, she owns a vegetable and crop farm and a rabbit farm of over 120 rabbits.

She understands the power of knowledge and she seeks it appropriately. She attends trainings on agriculture and business.

The funding through OBOPS 2 catered for inputs like 2000 day-old chicks, feed, medication, vaccines and every necessary thing needed for a successful production cycle.

The scheme also provided off-takers for farmers to buy the mature birds at the end of every six weeks.

She acquired a larger space ( four hectares of land where the first branch of her farm is situated). Facility on the property includes a 3,000 capacity pen, a 1,000 capacity pen, farm house and other adjoining facilities.

She has since expanded to another location in the Osun capital, Osogbo, with another 6,000-capacity pen.

She now processes the birds by slaughtering and packaging them.

She feels uncomfortable when she sees young people seeking for jobs when farming is at their doorsteps. For her, young people should go into farming.

“When I see people walking around without jobs, it breaks my heart. For example you can start rabbitry with five rabbits; four does and one bucks within three to four months, you will have 36 rabbits,” she said.

“One regular breed of rabbit weener costs N2500, so when you purchase the four of them at N10,000, in three to four months you have 36 rabbits, after which you allow them to grow. In another four months you can start selling the older ones which is above N5000,” she said.

Her husband encourages her with funds when necessary but she also feels more support should come from agricultural financial institutions.

She also thinks the best way for the government to encourage young people to go into agriculture is to revive the produce board, which guarantees a minimum price for every farm produce. So, when young people know they can become millionaires as farmers, there would not be a rush to migrate to urban centers or hustle to get white collar jobs.

She is not bothered about fertilizer because she practices integrated farming where she uses manure from the rabbit and poultry to supplement the growth for her crops (maize). However, the maize production on her farm is never enough. Having to purchase feed at a higher cost due to the cost of maize can really be discouraging.

Maize is a seasonal crop so she uses a larger portion of the maize she grows to feed the birds.

Ms Kikiowo seems to have a better idea on how to grow her farm despite joining the business in her mid thirties.

“When I started this farming, so many people did not believe I could do it. Some said this woman that has long painted nails and worn long hairs, how will she do it,” she said laughing.

“In fact the discrimination was from both gender but when the result started showing, they began respecting me,” she added.

“Even the farmers that started before me, come to me for advice because I have a better idea. I read a lot of things on agriculture and I attend trainings too.”

Ms Kikiowo has been applying for federal government credit but she is yet to receive any.