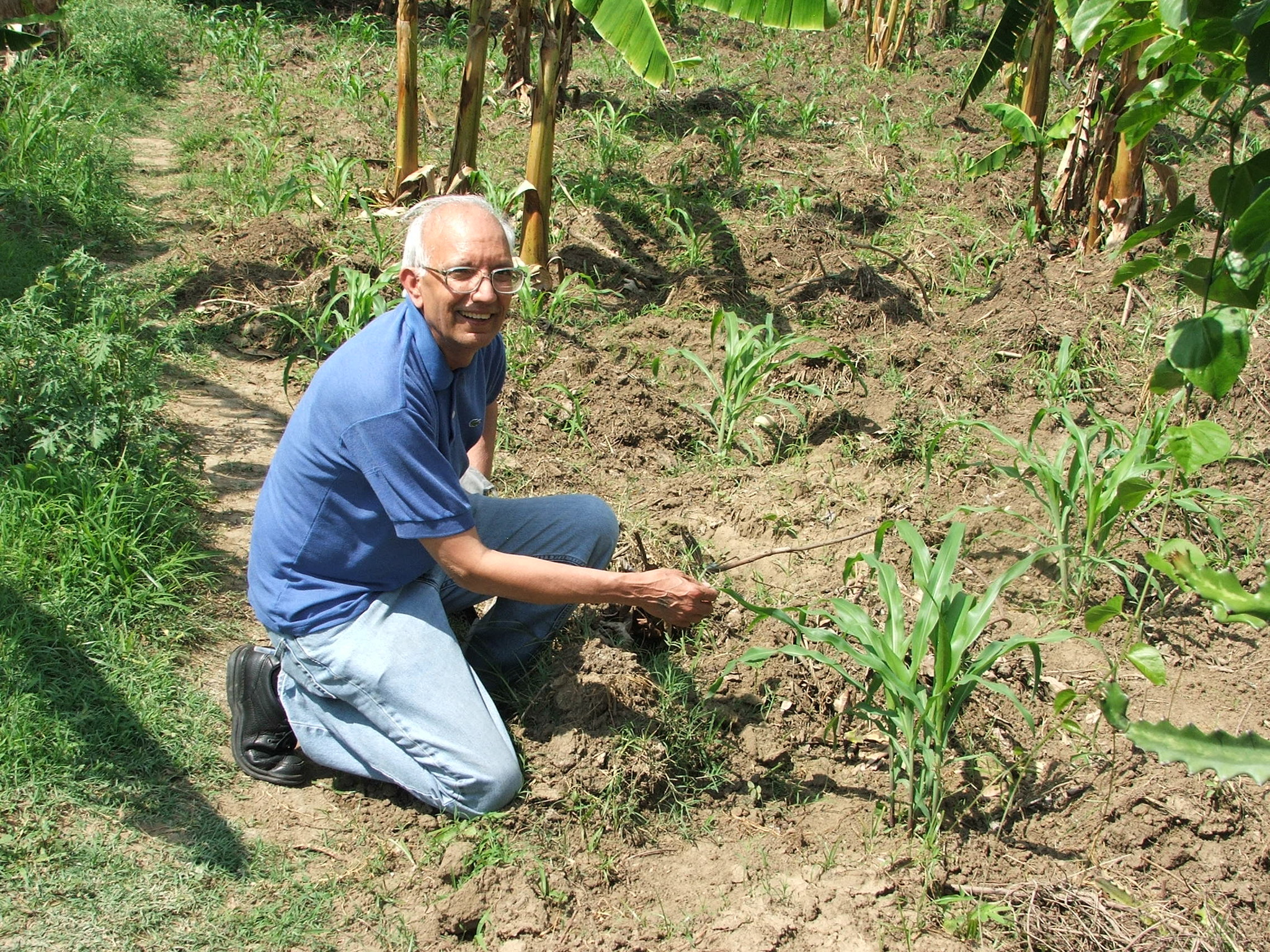 A soil scientist, Rattan Lal, was on Thursday named the 2020 recipient of the World Food Prize.

The organisers said his research led to improved food production and a better understanding of how atmospheric carbon can be sequestered in the soil to help combat climate change.

This was disclosed in a statement sent to PREMIUM TIMES by Marchmont Communications spokesperson, Hannah Rooyen.

She said this proclamation was made by the World Food Prize president, Barbara Stinson, during the 2020 Laureate announcement ceremony held online rather than live in Washington due to concerns about the coronavirus pandemic.

The World Food Prize is the foremost international award recognising the achievements of individuals who have advanced human development by improving the quality, quantity or availability of food in the world.

The prize was founded in 1986 by Norman Borlaug, a recipient of the 1970 Nobel Peace Prize. Since then, the World Food Prize has honoured 50 outstanding individuals who have made vital contributions throughout the world.

The ceremony annually hosts the Borlaug Dialogue International Symposium and a variety of youth education programmes to help further the discussion on cutting-edge global food security issues and inspire the next generation to end hunger.

The foundation awards winners go home with a cash prize of $250,000.

Mr Lal is a professor of soil science at Ohio State University (OSU) and founding director of the university’s Carbon Management and Sequestration Centre.

He was announced as the recipient of this year’s award ”for mainstreaming a soil-centric approach to increasing food production that conserves natural resources and mitigates climate change,” the statement reads.

Mr Lal, 76, was born in India and studied soils from his earliest days at Punjab Agricultural University. His pursuit of higher education led him to Ohio State University for a doctorate. He established the Carbon Management and Sequestration Centre in 2000.

Prior to his relocation to OSU, his alma mater in 1987, he was said to have begun his research career at the International Institute of Tropical Agriculture (IITA) in Nigeria, developing soil health restoration projects across Asia, Africa and Latin America.

“Dr Lal is a trailblazer in soil science with a prodigious passion for research that improves soil health, enhances agricultural production, improves the nutritional quality of food, restores the environment and mitigates climate change,” Mr Stinson was quoted to have said.

In his remarks, US secretary of state, Michael Pompeo, reportedly said “the world’s population continues to grow, and we need to use the resources we have more productively and efficiently to make sure everyone has enough food on their table.”

“Dr Lal’s research in soil science shows that the solution to this problem is right under our feet. He’s helping the earth’s estimated 500 million small farmers be faithful stewards of their land through improved management, less soil degradation, and the recycling of nutrients. The billions of people who depend on these farms stand to benefit greatly from his work.” he said.

Meanwhile, an elated Mr Lal said he now is focused on nutrition-centred agriculture to help the world’s 850 million undernourished and 2 billion malnourished.

“We must eliminate hunger. We must also make sure that the food consumed is healthy and this is where the concept of healthy soil, plants, animals, people and the environment is a one and indivisible concept,” he said.

“The unbound joy and excitement of receiving the 2020 World Food Prize reminds me about the gratitude, privilege and honour of working for farmers from around the world,” Mr Lal.

“Yet, the urgent task of feeding humanity is not fulfilled until each and every person has access to an adequate amount of nutritious food grown on healthy soil and in a clean environment.”

According to the statement, Mr Lal explored and transformed techniques such as no-tillage, cover cropping, mulching and agroforestry that protected the soil from the elements, conserved water and returned nutrients, carbon and organic matter to the soil.

In 2007, he was among those recognised with a Nobel Peace Prize Certificate for his contributions to the Intergovernmental Panel on Climate Change (IPCC) reports, when the IPCC was named co-recipient of the Nobel Prize, the statement added.