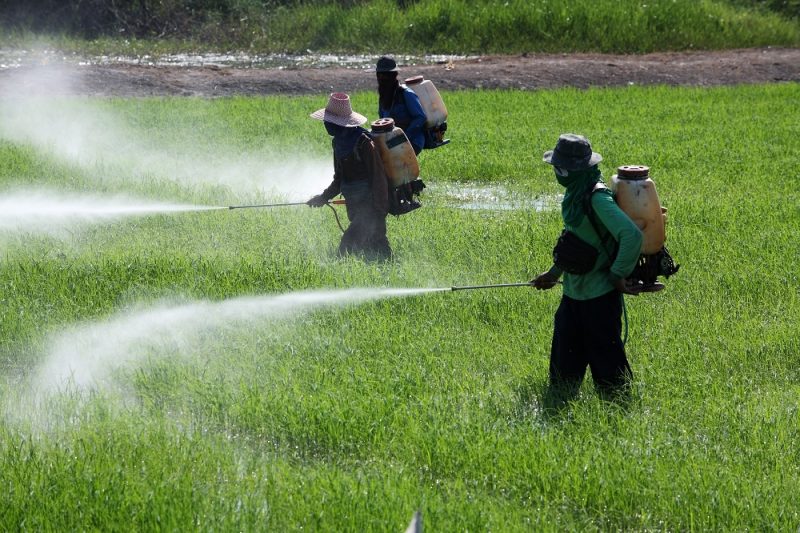 Nigerian farmers say rising costs are driving essential inputs such as seeds, fertiliser and pesticides out of their reach as this year’s planting season begins.

Farmers who spoke with PREMIUM TIMES during the week said the prices of inputs have gone up and many of the farmers were forced to consume their reserves during the coronavirus-induced lockdown and have been unable to access soft loans.

Before the coronavirus pandemic, Nigeria had restricted food importation as it strove to produce more of the food it consumes. The country shut its borders, largely to prevent the importation and smuggling of items such as rice, poultry products and petrol.

The Nigerian borders remain shut, but smuggling are still rife with the connivance of corrupt security officials.

Earlier, President Muhammadu Buhari had instructed the Minister of Agriculture and Rural Development, Sabo Nanono, and stakeholders in the agricultural value-chain to work with the Presidential Task Force (PTF) on COVID-19 to ensure agricultural services were not disrupted by the restriction of movement, in order to prevent a food crisis.

Meanwhile, the National Agricultural Seed Council of Nigeria (NASC), had in May said it had certified 81,000 metric tonnes of assorted seeds for farmers across the country.

Recently, President Buhari also advised Nigerian farmers to increase food production as the country has “no money” for food importation.

Tenimu, who farms vegetables, potatoes and rice in Goza, a community along Nnamdi Azikiwe Airport road in Abuja, said his activities have been badly hit by the pandemic.

Speaking in Pidgin English, he said: “The thing affect us well because during the lockdown period, it was difficult for us to get pesticide.There was no market, we only managed to survive.

“We have invested so much on our farms but we couldn’t sell, so we have no money. Even when we intended to borrow from our friends, they also didn’t have, so it was quite a difficult time,” the farmer told this reporter via telephone.

He said he could not buy enough fertilizer for his farm. “Where will I see money to buy that one? Last week Friday, when I priced a 50kg bag, I was told N14,000. I only bought a ‘mudu’ (a small bowl measure} at N400 and left,” he narrated.

Obiora Okafor, a member of All Farmers Association of Nigeria (AFAN) said due to the lockdown, many farmers have consumed what they would have used for planting this year.

“It was like a temptation to them, going by the fact that the prices were high and demand was high. This has actually made them sell off what they could have used for planting,” he said.

“COVID-19 came at the onset of the planting season. We have been encouraging farmers to get their seeds from seed companies. Most farmers are from rural areas, due to movement restrictions in major cities, farmers found it difficult to access good inputs.”

Mr Okafor expressed concern over the difficulties farmers in his association are passing through. He said the farmers had received “no support from the government.”

Mr Okafor dismissed the Presidential Fertilizer Initiative (PFI) as “a mere media propaganda.” He debunked a claim that the government had subsidised the prices of NPK fertilizer for farmers to get it at N5000 per bag.

“That is media reduction,” he said. “In the media and on the pages of newspapers, you will be hearing good news, but in practical terms, it is a lie.”

“Farmers cannot access the fertilizer they claimed to have subsidised. Is it not what you see that you will be able to tell whether the price is high or low? They will be talking about subsidies but they are the ones selling to their brothers in government who then sell to farmers at very high rates,” he said.

The president of Women Farmers’ Association of Nigeria (Abuja chapter), Mary Omoh, said the major challenge of members of her association is their inability to access subventions.

“They have made the processes too difficult for us, and it’s really affecting us,” she said.

Aneke Cletus runs a mechanised maize farm in Plateau State. His concern, he said, is also the rise in the cost of essential inputs. He is worried over the delay in preparing for the planting season. “The predictions are that there will be a change in water flow this year,” he said.

“We’re doubling up to ensure that we meet up with the timing, because if we miss the timing, it will definitely affect our output at the end of the day,” he said

However, maize farmers under the Central Bank of Nigeria’s Anchor Borrowers’ Programme appear to be shielded from the issues that bother other farmers. The national president of Maize Growers, Processors and Marketers Association of Nigeria, Edwin Uche, said farmers under this scheme are being supported by the CBN.

“Our farmers all over the country will be cultivating under the ABP for the wet season. The CBN has been very magnanimous and supportive to ensure that farmers have access to inputs and cash in order to be able to cultivate,” he said.

In 2015, the Nigeria government through the CBN introduced the ABP through which loans and farm inputs are given to small and medium scale farmers in order to boost agricultural output.

Mr Uche said the main difficulties they face are in conveying inputs to the rural areas due to rise in the cost of transportation. He said for fertiliser, the CBN had made direct contact with the fertilizer companies on their behalf.

He said they are also prepared against Army worm invasion this season, as measures have been put in place to mitigate their effects.

“We’re grateful to the CBN for granting maize growers the opportunity to participate in this programme,” he said.

Gideon Negedu, the secretary of Fertilizer Producers and Suppliers Association of Nigeria’s (FEPSAN), told PREMIUM TIMES that the government is not subsidising all the fertilizer blends for farmers.

“What we’re giving in Presidential Fertilizer Initiative (PFI) now is NPK 20:10:10, meaning that the proportion of Nitrogen(N) in a 50kg bag is 20,while that of phosphorus(P) which we are getting from Morocco and Potassium (K) being gotten directly from Russia, is in the proportion of 10:10.”

So the blend the government is supporting is supposed to be N5,000 in the market, and it is distinguished by the government logo on the sack. Anybody selling that at N12,000 and above is committing a fraud,” Mr Negedu said.

Folarin Okelola, spokesperson to NASC, the agency charged with the overall development and regulation of the nation’s seed industry, said the council has not announced changes in prices of seeds.

He said many factors determine the prices of any commodity including inputs, and that seeds and other inputs are part of the whole economic chain.

“The measures put in place to stop the spread of the pandemic resulted in a lot of cost increases. Labour is not there as and when due and you actually pay more for labour these days. Likewise to move goods is more expensive as most transporters who risk to transport goods charge more than necessary and many more, which are affecting prices of agriculture commodities,” he said.

Following the agreement, about 21 fertiliser plants have been revitalised so far under the Presidential Fertiliser Initiative with a capacity to produce over 2.3 million metric tonnes of Nitrogen, Phosphorus and Potassium (K) — NPK fertiliser.

For this year, the plan of the PFI was to produce 600,000 metric tonnes of this blend of fertilizer before the pandemic struck, Mr Negedu said. “So far, about 300,000 — 400,000 metric tonnes of fertilizers have been disbursed under this initiative and plans were already ongoing towards making sure that the process is more efficient and effective, although, the pandemic has really affected the process.”