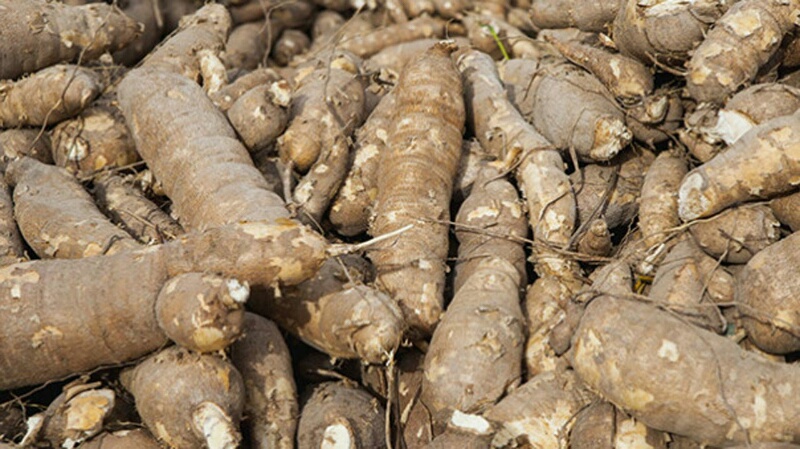 Cassava used to illustrate the story.

Some civic groups have criticised a decision of a government regulatory agency on genetically modified cassava.

Read the full statement by HOMEF below.

The Health of Mother Health Foundation, HOMEF, and a coalition of Civil Society Organisations, have condemned the granting of a permit to the International Institute of Tropical Agriculture, IITA, and ETHZ Plant Biotechnology Lab in Zurich to carry out Confined Field Trials, CFT, of genetically modified, GM, cassava (AMY3 RNAi Transgenic lines) in Ibadan by the Nigerian Biosafety Management Agency, NBMA.

NBMA said it issued this permit despite HOMEF’s 37 pages objection supported by 87 organisations, outlining why this classic staple crop should not be toyed with by modern agricultural biotechnology merchants.

Among our concerns is the fact that the genetic engineering technique used by IITA and ETZ to product this cassava has never been approved anywhere else in the world. This effectively makes Nigeria a testing field for risky, unregulated technologies.

The timeframe given by NBMA for comments was 27th July, 2017 – 24th August, 2017. The approval for the GM cassava was given by NBMA to IITA and ETHZ on the 22nd of September 2017, less than a month after they advertised for comments. We sent our 37 pages objection to NBMA on the 21st of August 2017. NBMA sent a letter via email acknowledging our objection on the 20th of September 2017.

In their letter, they stated amongst other things that our objections had been noted and that they will review the application holistically. On September 22, 2017, NBMA granted the approval to IITA, a mere two days after they acknowledged our objection and stated that they will look into it.

The issuance of the permit became public from the press Statement issued by IITA titled: ‘IITA to carry out field trials of GM cassava’ on December 19, 2017. What a gimmick! Why did they not out rightly state in their letter to us that they had made up their minds already to give their approval instead of giving the false impression that they are considering our objection? What a charade!

Nnimmo Bassey, Director of HOMEF reacting to this development said, “Again, NBMA has demonstrated that they do not consider public opinion and objections. Their calls for comments are just window dressing and an insult to Nigerians. The approval granted IITA is the requiem for food safety in Nigeria. With NBMA’s propensity to approve whatever is thrown at them, and with its mercantilist bent of seeking approving fees and even having special fees for fast-tracking GMO approvals, Nigerians have to come to terms that we are being turned into guinea pigs without our consent. We roundly condemn the permit and denounce NBMA’s contempt to public opinion.”

Mr. Bassey adds, “The purpose for the GMO cassava experiment is shrouded in secrecy as the IITA and NBMA send conflicting signals as to whether the GMO cassava is being aimed for food or for industrial processes. It is regretted that NBMA cannot distinguish between being an agency that regulates biosafety and one that is set up to promote the technology.”

It should be recalled that NBMA had approved Monsanto’s BT cotton that Burkina Faso had rejected in 2016 for failure to deliver good quality yield. The Agency saw nothing wrong with saddling Nigerians with the burden of a failed technology. NBMA also approved Monsanto’s Maize application, that is accompanied with a cocktail of chemicals, including glyphosate formulations which the International Agency for Research on Cancer (IARC), a sub unit of the World Health Organisation said is likely to cause cancer. In California, it is mandated that glyphosate be clearly labelled as a cancer-causing agent. A new study, published in Environmental Science and Pollution Research, has found that (Glyphosate) Roundup caused disturbances in an important soil fungus (Aspergillus nidulans) at the cellular level at doses far below the recommended agricultural application rate. But NBMA sees nothing wrong with Glyphosate.

Mariann Bassey- Orovwuje, Chair of the Alliance for Food Sovereignty in Africa (AFSA) said “We are on the wrong train, with a wrong driver heading to a doubtful destination.”

In our objection to the GM Cassava application that was sent to NBMA we noted that the Applicants backed their application for a novel technology in 2017 with vastly outdated publications, including ones published in 1974, 1978 and 1984. We queried what environmental impact assessment including baseline surveys was done by IITA and ETZ to support their claims of absence of wild varieties as well on possible health impacts.

Commenting on the level of scholarship backing the application, Nnimmo Bassey said, “It is alarming that IITA has not done any study on this sensitive subject but is content to present a writing based on obsolete books or rather relying on their partners in Switzerland for information and expertise.”

The groups added that the Applicants are testing AMY3 RNAi lines RNAi, a technique that is novel – and although there is no experience with such GE plants in Nigeria as of yet, it is known that there are separate risk issues associated with this technology and only few RNAi based plants have been commercialized – typically in the US in commodity crops that serve primarily as animal feed.
The groups are urging the Nigerian government to investigate the process in which NBMA had been issuing permits including the ones issued to Monsanto[v], NABDA[vi] and now IITA/ETZ. They note with disquiet that the claim by the applicants that no cassava plant from the experimental field trail will be consumed is very deceptive. It will be almost impossible to rule out surreptitious acquisition of the stem-cuttings and the likelihood of unlawful harvest by locals who had always accessed improved cassava varieties from IITA.

The Applicants claim that the CFT is ongoing scientific research and not for experimental release or of a commercial product. The possibility of contamination of cassava cultivar in Ibadan exists because of this CFT. All over Oyo state in Nigeria, cassava is an allogamous plant, which means there is 100% chance of out crossing. Insects pollinate cassava and this GM cassava will contaminate local farmers’ varieties or other varieties cultivated for other purposes in the locality.

According to the groups, the stability of the traits involved as well as the potential for gene flow, and the risks posed by this GM cassava to farmers, consumers, economy, environment and lots more remain unknown.

“The capture and manipulation of our staple crops is taking a steep colonial track and the colonisation of our food s and culture spells a grave danger that government must be awake to. Platitudes from NBMA are worthless and must be treated with ample caution,” urged Gbadebo Rhodes-Vivour, Convener of Nigerians against GMOs.

More so, there is serious lack of capacity within Nigeria to adequately control and monitor the human and environmental risks of GM crops. Further, there is little or no testing of any food material and products in Nigeria for GMOs, or the monitoring of their impact on the environment including water resources. GMOs are regulated because their safety is in doubt. Why NBMA will continue to issue permits without due consideration to the Nigerians, our environment and health is something our government need to look at critically.