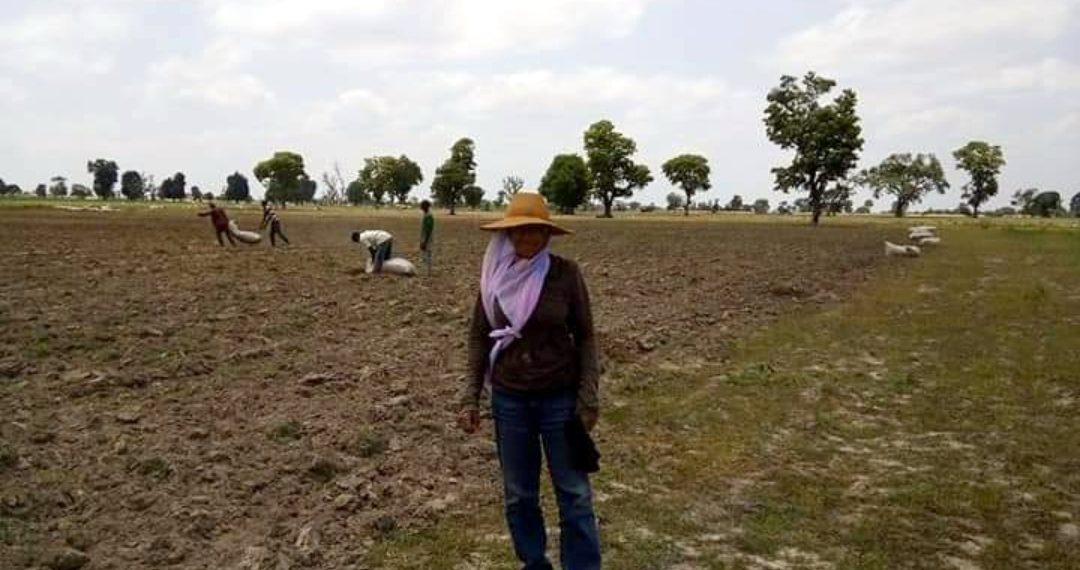 Asma on her farm.

#Women in Agriculture: How insecurity pushed me into food processing — Farmer

Like many farmers in Kaduna State, Asma Mirza, has been away from the farm because of the insecurity in the state.

Ms Mirza had been cultivating rice for a while but stopped after the rainy season in 2018 when insecurity in the state made it difficult to continue.

Before taking a break from the farm, she collaborated with Value Seeds Ltd as their out grower of Rice Hybrid Seeds.

On her 30-hectare farm, she cultivated foundation seeds which produced seeds that were collected by the company, to be sold as hybrid seeds to farmers commercial and subsistence use.

She was getting an average of 5.6 tonnes of rice per hectare, that is about 56 bags of 100kg. The output usually depended on the variety of rice.

“I don’t go to the farm anymore. We are at the peak of kidnapping and you’re taking of going to the farm,” she told PREMIUM TIMES. 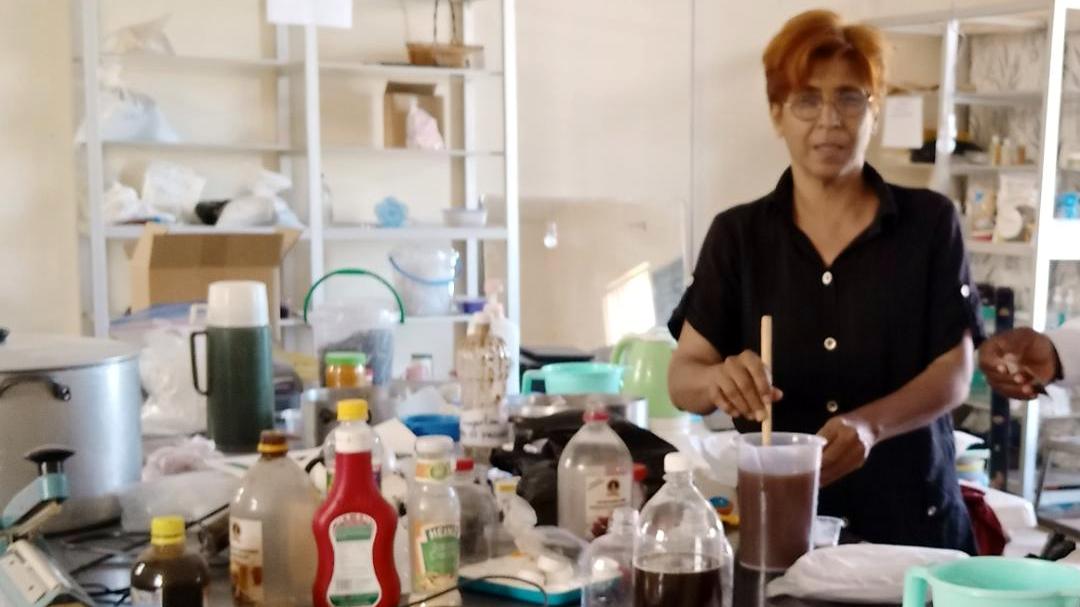 “Some locals that live at close vincinity to the farm don’t go to the farm how much I that live in the town. I had to pack everything out of the farm.

“When you take your stuff away and one day go to the farm it’s a total surprise. Go like a bullet and no one will even notice you and then come back.”

For 2021, her hopes are high. She wants to return to the farm; she is convinced that the government has taken serious actions against insecurity.

“But we have big plans for this raining season and we are hoping for good because now they have taken real actions,” Ms Mirza said. “I personally have the mind of going back to the farm and I’m not giving up, no!”

While Ms Mirza was pondering on how to keep herself busy, she remembered that there are different branches of agriculture.

After thoughtful consideration with herself, she settled for food processing.

“If I can’t go and do crop production there are so many other things I can do,” she said.

Rather than doing it all by herself, she decided to bring in other women who are un-documented partners, who at the end of the business are entitled to a percentage of the profit.

“I get a group of people mostly women, train them to do it and then they become like partners of my business,” she said.

Her first processed food was okro powder. She considered the love Nigerians have for the vegetable.

“Nigerians eat a lot of okro soup and there is a particular way you can dry it and package it. I get these things properly organised,” she said. 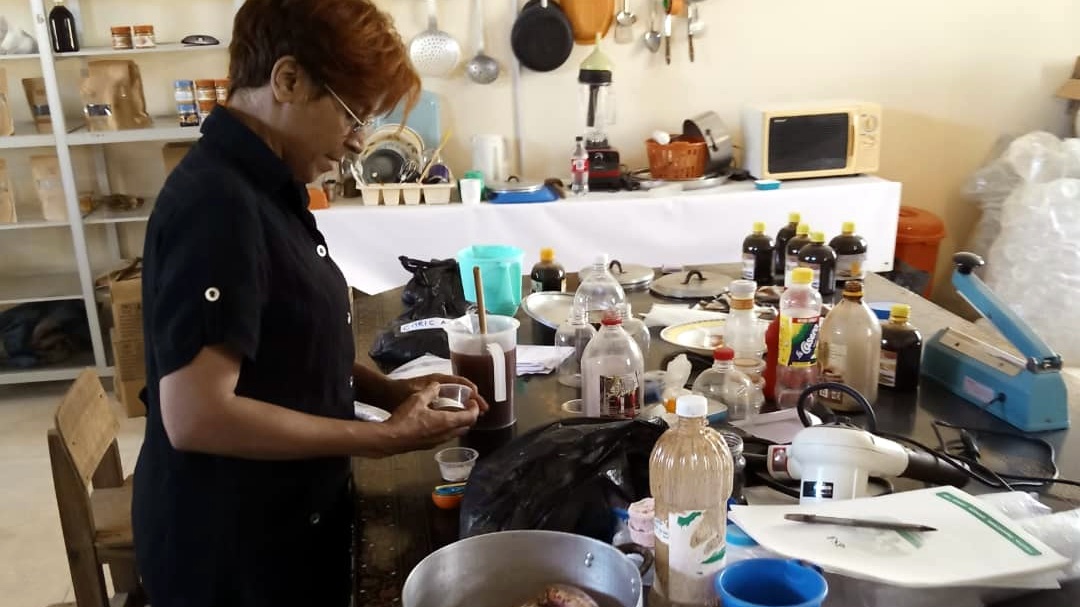 Aside okro, she processes honey which she describes it as “world class honey.”

Basically, she gets the raw materials for the processed food from Southern Kaduna, where her late husband was from.

“So I go with them(locals) to harvest the honey by bringing down the hive. I buy it and bring my honey and process it. There’s a chain. The person who builds the hive, the person who goes to harvest it for me,” she said.

“Its mostly women that do this for me. I buy it off them, process it and sell it. That’s the value chain. Honey is one of my products.”

Another crop is ginger, ginger is one of Kaduna State’s products. Ms Mirza has been able to get seven different products from ginger.

“I produce ginger concentrate. You can put it in hot water or cold water or even your tea, you mix it and it becomes awesome. I sell ginger powder and also ginger juice. I also sell ginger tea.

“I also have the ginger with black tea and sweetener. You’ll see that with one major product ginger, I have about six to seven other products.

“So all this is agriculture. Agriculture is not just going to the farm for crop production it is more than that,” she said.

For Ms Mirza, the lockdown exposed her to adding another products. She began processing tamarind voncentrate and juice.

“Till thing get back to normal, I was already thinking on the process. Then the lockdown. You know the initial two weeks lockdown were the most terrible of them,” she said.

Having tested these two branches of agriculture, she is unable to love one more than the other.

“I cultivated for about three years, I can’t choose one over the other. They are very important aspects. You must cultivate your food and process it,” she said.

The processing seems easy for her as she has basic machines and makes use of a government facility.

She uses the incubation centre at Rigachikun, Kaduna, a Federal Ministry of Science and Technology initiative.

“The centres are available in all states. The aim is to help citizens create innovative things and make progress in entrepreneurship. A lot of support is provided by the government, a lot of machine are available too, but alas the citizens don’t make optimal us of this facility, rather they apply for it then do nothing,” she said.

WHO urges ‘effective, fair use of COVID-19 vaccines’

Gender inequality is forcing African women to face the storm