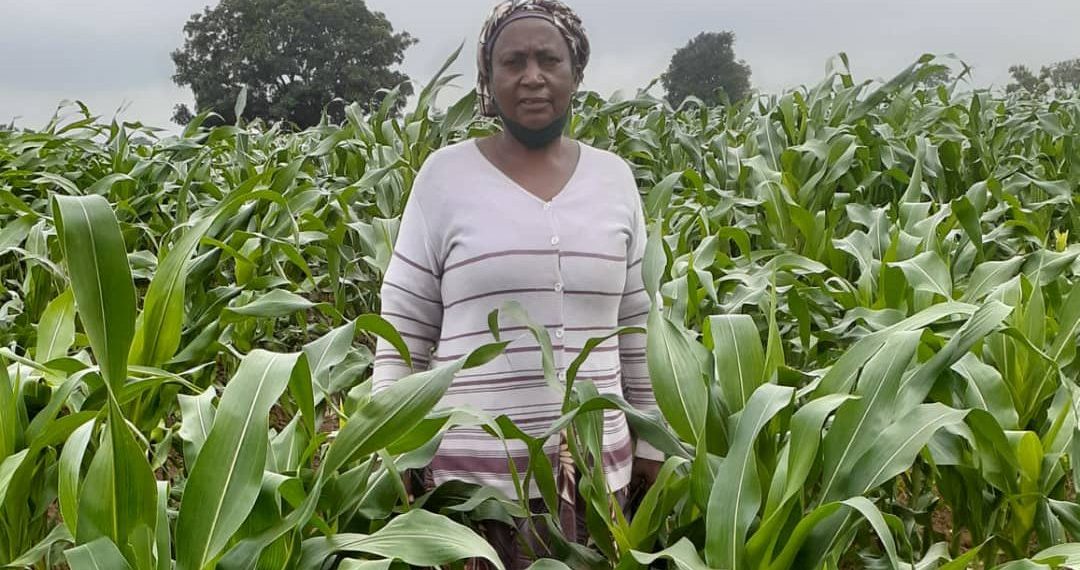 "When they say women got palliative, I don't know the women they are talking about"

Women smallholder farmers constitute about 75 per cent of the agriculture labour force in Nigeria, according to the Food and Agriculture Organisation (FAO) and the Federal Ministry of Agriculture and Rural Development.

They produce the bulk of the food Nigerians consume locally and are the drivers of food processing, marketing and preservation.

Hannatu Soni, 59, is a smallholder farmer in her home in Kaduna State. A mother of five children, Ms Soni also provides for her two aged parents. In this second series of our new interview series on women in farming, she shares her experience with PREMIUM TIMES’ Oge Udegbunam.

PT: What do you cultivate?

PT: For how long have you been a farmer?

Mrs Soni: I have been cultivating for 30 years now, I would say it has been a lifetime career for me.

PT: Whose land do you use?

Mrs Soni: When I just began farming, I was renting from people, but after a while my husband got his inheritance from his family. I started making use of a portion from that one before I was able to purchase mine.

PT: What are the sizes of your farms?

Mrs Soni: Well, the sizes are not the same. The one I rented is over 10 hectares, the other one from my husband is 9.6 hectares and the other one is about three hectares. 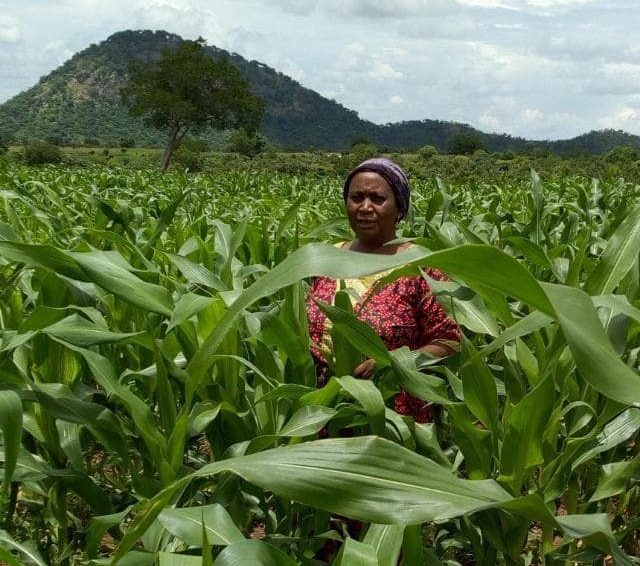 PT: How do you get your seeds?

Mrs Soni: For a long time, I depended on local seeds, that is the ones we cultivate and reserve some for the next planting season. However, with recent training I realised that those kinds of seeds will not give me the yield. I have to go out scouting for improved seeds. These seeds we go out looking for are high quality seeds. We used to get them from Kaduna State government before but now it is nearly impossible to get from the government. We have to look for companies selling these seeds and buy from them.

Fortunately, a company discovered I farm maize then they collaborated with me to grow seeds for them, so from there I get my certified seeds. They give me foundation seeds, fertilizer and chemicals to produce. From the source before they pay me, they deduct their own and whatever that remains they give me. That is how I get my maize seeds. For other crops,I go out to search for them. It is not easy to get improved seeds for them considering the locality where I reside.

PT : How did you select the crops you cultivate.?

Mrs Soni: I selected these particular crops because of the soil, duration of the rain and climate. Rice, if you have waterlogged area you can grow rice and it will do well. Where maize grows, soya will grow too.

PT: Do you practise mechanised farming on your farms?

Mrs Soni: Yes I do, usually when I am cultivating. Mostly on the big farms but the small one, it is manual labour.

PT: Where do you get the machines you use?

PT: Have you ever experienced a disaster on your farm?

Mrs Soni: This year, the rains came pretty late and when it came, the downpour was heavy. The first rain was good and we began our farming season for the year but when subsequent ones came they washed our crops off so we had to replant again. I also do have a lot of soil erosion on my farm.

PT: Do your children help with labour on your farm?

Mrs Soni: My children are students and some are already independent. Sometimes, some of my dependents join me in the farm. The big farm is done collectively so I employ external labour.

Mrs Soni: I got three bags of maize from my small farm but from the other farms I really can’t say because it’s a collective farm.

PT: How do you preserve your goods?

Mrs Soni: I use bags to store them. I don’t have good storage facilities to preserve some of the goods, especially the perishable ones.

PT: Do you sell or consume your produce?

Mrs Soni: I do both, meaning selling and consuming. I have to feed my family from my farm produce and also make a living from it.

PT: Where do you sell your goods?

Mrs Soni: I sell my goods in the local markets in Kaduna.

PT: What do you use the income from your farm for?

Mrs Soni: I use it to pay school fees, feed my family and dependants.

PT: Does your husband support you?

Mrs Soni: Currently, he does not support me because of his health. Before now, my husband was really helpful. The support I get is from my independent children.

PT : Do you get support from the government?

Mrs Soni: Truly, I have not enjoyed any support from the government. Through a group of women farmers we secured bags of fertilizers at N5,000 but I was able to secure just two bags. The palliative from the government which was released at the 2020 farming season flag off in Kaduna State, women farmers were given 20 packs of maize to about ten thousand women. It was nothing to write home about. I actually left it for others who needed it more.

PT: Have you benefited from any palliative?

Mrs Soni: Not really, the government came to the market and bought all the produce from farmers to use as palliative. We sold it to them when we felt they were buying at a good rate. We expected that we in the rural area would benefit from it but unfortunately we did not. After selling, the prices of things went up in the market and we could not even buy food.

PT: Have you experienced discrimination by male farmers?

Mrs Soni: Whenever there is any benefit, men farmers get preferential treatment. In fact, they hijack every thing. So when they say women are benefiting from palliative, I don’t know the women they are talking about.

PT: Have you been harassed because of your gender?

Mrs Soni: No, I will not say it is harassment. But no encouragement.

PT: What will you describe as your biggest challenge?

Mrs Soni: Well, firstly my first challenge is lack of improved seeds. It is really difficult to get improved seeds. Secondly, insecurity. Some of my crops are not safe on the farm. Sometimes bandits visit the farms and steal some of the produce.

PT: What do you want?

Mrs Soni: I need gender-based machines to help me plough. I need funds, not loans because loans will not be advisable. Looking at the events that happened this year, I would not be able to pay back. I want the government to help us with market so we can be able to sell our produce. Every woman wants to be a commercial farmer, so I want to be one.