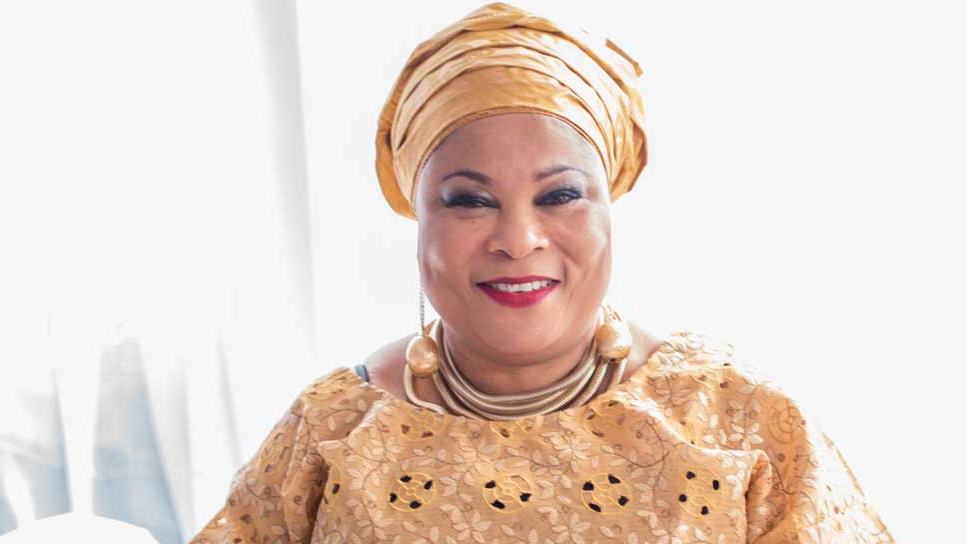 INTERVIEW: How I got into acting, my Wedding Party experience – Sola Sobowale

Arguably, no one quite personifies old-school Nollywood glamour like actress, Sola Sobowale. A viewer’s delight, veteran entertainer and academic, Tunji Oyelana (who is married to her elder sister Kikelomo), showed her the ropes.

Her roles in Village Headmaster, Mirror In The Sun and in the infamous Yoruba film, Asewo To Re Mecca, remain evergreen.

In her 50s, Sola has featured in over 200 movies and self-produced over 50 films. PREMIUM TIMES had an interview with the vivacious actress at an event in Lagos, where she opened up on her comeback role in the blockbuster, The Wedding Party, among other issues

PT: You announced your comeback after a long hiatus with your outstanding role in Wedding Party. Why did you leave Nollywood in the first place?

Sola: I left Nollywood to take care of my children; children are not asked to be born so when you have them, you must take care of them. I couldn’t do two things at a time, meaning I couldn’t face my career and carry out my responsibility as a mother. So, I had to sacrifice one for the other. I have got five children so I had to take care of them. I left Nigeria 15 years ago, took them with me and gave them the best of education. There are now graduates and gainfully employed. Now that they are older I am back to doing what I know how to do best which is acting. The truth is if I am not acting I won’t be fulfilled. I am back.

PT: It was reported that you worked as a support staff for elderly people in England, is that true?

Sola: There are a lot of things people don’t know about me that will be made known soon. Rumour mongers even said that I was jailed, some said my head was cut off. Some even said I was washing corpses. Don’t be in a hurry for the truth will be revealed soon.

PT: What impact has Wedding Party had on your career?

Sola: Impact? I am back because I travelled for a long time and I am still relevant. I am thankful to the producers of Wedding Party for giving me the opportunity to showcase my talent. That they believed in me enough to give me the role not minding naysayers, I am thankful.

PT: Did you miss Nollywood while you were away?

Sola: Yes, I did because every year I come home, produce a movie, and return to England. But this is the longest time I will spend in Nigeria in a long while because I was also working in England. Now I have my time and now I only travel abroad on holidays. I am also glad that Wedding Party came at the right time because if I didn’t play that role I would be so envious of the person who played the role.

PT: Not many are able to leave Nollywood for a long time and then return as if they never left in the first place. What is your secret?

Sola: It’s not my doing, it is God almighty’s doing and I believe so much in him. I believe that this (acting) is what God ordained me to do and that is why I am still relevant. I am very sure that if I had towed a different career path I would have been forgotten by now so this is path and this is what I have been led to do.

PT: How long have you been acting for?

Sola: I have been acting for 40 years now. I can’t do any other thing aside from acting. I make my own dresses because I don’t wear ready-made. I owned a clothing line in the past and my colleague, Eucharia Anunobi, used to model my clothes. My daughter sketches them so I make them myself. I had a restaurant and a saloon a fashion house in the past.

PT: Tell us about your foray into acting?

Sola: I opted out of a College of Education to follow my dream by going to Ibadan then the hub of entertainment in Nigeria. I initially enrolled as a Secretary in training at Sight & Sound, Ibadan.
However, Tunji Oyelana, (Sura Di Tailor) who married my elder sister, Kikelomo, enrolled me in the University of Ibadan’s Department of Music. But I switched to Theatre Arts. I starred in Village Headmaster, to Lola Fani-Kayode’s Mirror In The Sun and a couple of stage productions including Femi Osofisan’s Our Husband Has Gone Mad Again.
I was lucky to work with Adebayo Salami, and we shot Asewo To Re Mecca. Before the advent of home video though, I also shot a celluloid movie titled Eri Okan with Adebayo Salami.

PT: Do your movie roles have any semblance to your real-life personality?

Sola: I don’t think so. I am very strict, I am also not proud but I am very principled. My dad was a retired principal and my mum a retired headmistress. They gave me the best of education and I was born into a disciplinarian home. It is evident in my relationship with people. I don’t mince words and at the same time I am very down to earth. I don’t party and I know that it is a far cry from my movie roles. I attend only five parties in a year and that is why you will rarely see me at a party. I would rather be with my children because I am a very private person.

PT: What is your assessment of Nollywood so far?

Sola: The industry is growing. Since God ordained for me to be an actress, he made the path easy for me. While it was difficult for some of my colleagues to manage the home front and career, it was a walk in the park for me. I recall that whenever my children were on holidays and I was shooting a film, I lodged them in another hotel. That way I was not too far away from them. I always had my camp gas with me and so I cooked for them. I also had sisters and daughters who baby-sat for me at some point. I didn’t have any difficulty raising them. I left for England because I wanted the best for my children, education-wise.

PT: Is any of your children into acting?

Sola: One of my daughters, Taiwo starred in the series, Everyday People, but she is no longer into acting. Today, I have got an accountant, advertising practitioner, business management expert and an engineer. My children only feature in all the movies I produced from 15 years till date. In fact, my twin daughters also write all my movie scripts.

PT: How about your husband?